Our bodies are scaffolding

for them to climb.

Our teeth are thirsty

They laughed us down

never afforded the glimmer of foresight

or fight with unmoulded breath.

But can you taste it?

We circumnavigate this helical despair.

—all your waste and refuse

I will feast on steel

I will devour plastics

I will devour these paneled walls

you think will hold me,

My body is a scaffold

for mine to climb.

A Canadian writer of Trinidadian descent, Sarah Ramdawar writes about the myths that permeate the everyday. She has short fiction in Augur Magazine, Release Any Words Stuck Inside You II, and forthcoming nonfiction in Living Hyphen magazine. While she lives in Toronto, she lives for the deep satisfaction of a freshly aquascaped aquarium, freshly laundered sheets, and dresses that fit just right. You can find her on Twitter @sararam

Photo by Aaron Santelices on Unsplash

Sarah Ramdawar
Author of “A Body and Its Hunger”

Generally, it’s a natural product of everything in the last many years, both personally and…the world. But specifically, what helped me pull it together was when I remembered the “Bodies Upon the Gears” quote from Mario Savio, and how our physical bodies are instruments for change.

That however you exist in this world, you can cause ruckus—quiet or loud, personal or public. You can make change. Whether it be incremental and knowing someone will build on what you left, or radical with sharpened teeth.

To give other writers hope, would you mind sharing with us how many edits and/or submissions this story/poem has been through?

I’ve written a version of this poem so many times over a couple years. I’ve submitted it maybe three times before? Then I moved it to the back of the pack, until I saw someone retweet this issue’s Justice themed call. I didn’t act at first because it was near the deadline and I didn’t think I could contribute anything in time. Then I saw it retweeted again and it must’ve been an omen, because I remembered I had this poem. I gave it a final polish with fresh eyes, and I’m so glad it was accepted. Don’t give up or self reject!

I love video games that have a strong narrative sense, or that do something new or in an interesting way. My favourite game that I’ve played recently is Outer Wilds, and can’t recommend it enough! It’s a quiet, contained, wonderous time loopy space exploration game. Actually, a major theme of the game is building on what was left behind by those before you, and leaving things for others to build after you, which is also one of the things I tried to communicate in my poem. 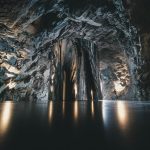