Some days I feel bad about the job,
some days we all do—

we sisters have endless work to do.
Justice came later than us,

Aphrodite’s sisters twisted
to a different purpose, spawned in patricide to punish it.

We came bleeding from our eyes,
tripartite machine of terrible purpose.

They call us Kindly Ones,
in hope that if they die having broken oaths,

greeted a guest in less than kindness,
snapped at their elderly aunt,

that we who were never human
will indulge their human frailties.

They waste their lives with such worry.
A true Oedipus, even a Dante, comes around

so rarely. The lesser list of grievances—
legion of legions, even before the population explosions—

if written out would gird Hades a million times around.
By the time they are called to give their evidence,

most of our supplicants have forgotten the slight,
eager to return to the fields of the blessed, but not all.

We have torn the throats from a hundred generations
of fathers who took their children’s bodies for their pleasure,

of neglectful sons who left mothers to die in bedsores and filth,
we keep a balance. Our kindness is our promise to the living

that some things may not go unpunished, that some unseen things
are witnessed, remembered, dealt with someday

by we who cannot be entreated, cannot be bribed,
who are the true justice of talon and claw. We will never be honored guests.

The mortician, the midwife, the hangman
have some understanding of our circumstances.

The already damned watch for us. The unsure are mostly safe.
Our beaks hardly ever drip with blood,

we only descend in feathered fury
when the equilibrium of the world demands it.

lies hidden under the coins on your eyes,
the metal on your lifeless tongue.

Elizabeth R. McClellan is a domestic and sexual violence attorney by day and a poet in the margins. Their work has appeared in The Wondrous Real, Illumen Magazine, Utopia Science Fiction, Rejection Letters, Dreams and Nightmares, Strange Horizons and many more. They are a disabled gender/queer demisexual poet writing on unceded Quapaw and Chikashsha Yaki land. They can be found on Twitter at @popelizbet and on Patreon at patreon.com/ermcclellan.

Photo by Lê Tit on Unsplash

I write a lot of classical Greek retellings from characters, especially female coded characters, who don’t get to take the spotlight in the famous stories. I’ve always been fascinated with the Erinyes and when I did a little research on them for another poem, wrote this poem. I have written the companion piece from Tisiphone’s POV and expect to complete the triptych with Megaera eventually.

I hope it makes people think about what justice really is, and how often the dirty work gets handed to women who are then considered to be monsters for doing it.

To give other writers hope, would you mind sharing with us how many edits and/or submissions this story/poem has been through?

This poem took six years to find a home and countless rejections and tweaks.

I can’t share my Alecto without sharing the work it inspired while it was still only shared with close friends. It inspired the magnificent C.S.E. Cooney to write Alecto! Alecto! on her Brimstone Rhine album. https://brimstonerhine.bandcamp.com/album/alecto-alecto

I also would love if people checked out this medical debt forgiveness fundraiser for East Tennesseans in poverty that I have been promoting on my Twitter; the debt is junk debt and every dollar forgives $100. https://secure.qgiv.com/event/tvpc/ 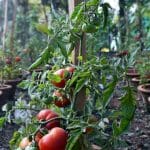 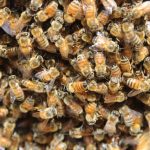