There’s no line in the sand that distinguishes emerging from professional artists. After landing a commission, there’s always the hustle for the next (and the one after that). Sharlyn Artieda has been a freelance artist for two years. She started with fanart and curated a customer-base from what inspired her: anime and videogames. Sharlyn’s style is influenced by a variety of sources, from Alphonse Mucha, a Czech artist who specialized in art nouveau, to Pheobe Champbell, a digital artist who’s been posting her style progress and creating a fanbase for over eight years.

A couple of artists that influenced my art are Alphonse Mucha and Pheobe Champbell. Other than that, video games within the fantasy genre such as Dragon Age, The Witcher and Black Desert have influenced my art style.

Fanart is how Apparition Lit found Sharlyn’s portfolio. A recent commission of a fanfiction version of the female protagonist from Dragon’s Age II was shared through Tumblr. It was a fortuitous discovery since, at the same moment, the Apparition Lit editors were talking about tailoring cover art to create a style and standard that would influence writer submissions. Apparition Lit wanted to curate artwork featuring female characters, ideally women of colour, in action, as well as showcase different ages, mobility ranges, and body types. Sharlyn’s cover would be the first in a (hopefully) long line of covers represented the actual diverse readership of speculative fiction.

The commissioning process for original work can be an exercise of patience. It requires both the client and the artist to have a shared understanding. Whether the art is based on an existing work or not, the client will always have particular details that they want the artist to highlight. Sharlyn is very careful throughout the commissioning process. Her website is clear about the different tiers and prices of art. She generally asks for reference photos from her client’s to help clarify their visualization.

English is not my first language so I have difficulties trying to explain a topic to someone else with words so I would often show them pictures or draw a diagram for them to look at to understand me fully. I find that it would be easier for them to explain to me with multiple pictures with a few descriptions works best. Long paragraphs with complex words would confuse me. I also show them drafts to make sure it is what they want before asking for payment.

Before the finalized version of the cover art, Sharlyn provided sketches to show her progress and make sure the drawing on the page matched the vision in our heads. The sketches were half-formed but detailed enough to convey the intention of the drawing. There was always the determination in the woman’s gaze, the movement of the clothing as she pressed against the door, and the gorgeous tentacles that slithered out from the doorway.

If you want more information about Sharlyn and her work, check out her online portfolio on Tumblr, Twitter and Instagram

How did you get started with digital painting? Is it a medium you think you’ll stick with?

When I was a younger I used to watch a lot of anime and when I started using the internet, I saw amazing fanart that inspired me to start digital art. I have tried traditional painting with various mediums but I prefer digital painting.

When we talk to artists about their past education, they often mention that they had difficulty gaining acceptance for the fantastical art that they created. As someone who is currently in school, have you had any of the same difficulty?

I guess that depends on what sort of art school one wishes to enroll in. Not every art school has high art standards. The schools I went to would let you enroll and stay as long as you are passionate about art and hardworking.

What are some of your biggest artistic influences (both visual/non-visual artists, like writers and musicians)

A couple of artists that influenced my art are Alphonse Mucha and Pheobe Champbell. Other than that, video games within the fantasy genre such as Dragon Age, The Witcher, and Black Desert have influenced my art style.

How have fantasy videogames like Dragon Age,The Witcher, and Black Desert influenced your art? Does your style change after playing a game like that?

My art is slowly becoming more realistic and has improved with drawing faces and drawing the body anatomy.

I never had any original characters until I had to make one for a school assignment. I had to think a lot about my character’s background story first as well as what type of environment they reside in before designing my character.

When did you start taking commissions? Where does your customer base come from?

I started doing commissions approximately 2 years ago. Most of my customers are people that discovered me on tumblr.

When you’re commissioned to draw other people’s OCs, how do you create an image that matches the idea that in someone’s head?

English is not my first language so I have difficulties trying to explain a topic to someone else with words so I would often show them pictures or draw a diagram for them to look at to understand me fully. I find that it would be easier for them to explain to me with multiple pictures with a few descriptions works best. Long paragraphs with complex words would confuse me. I also show them drafts to make sure it is what they want before asking for payment.

Have you had any bad experiences with the commissioning process? Has any customer demanded more work than they paid for?

I have had very few that were very demanding and did not really understand or know what they really wanted, but I try my best to make my customers happy and offer what I can.

Do you have any themes or colour choices that you try to stick to?

I prefer paintily, dark, melancholy themes. I also try to stick with semi-realism art style rather than realism.

How do you work? When you’re ready to start working on a piece of art, what do you do with your day?

I often start with a sketch and look at a lot of references. I take a lot of breaks in between, and I need to make sure that the music I’m listening to also keeps me in the mood of a piece.

What gets you back to working when you’re feeling blocked or uninspired?

This often happens to me, and I get really sad whenever I get an artist block. I find that watching a good TV series or playing a video game helps get me motivated. Sometimes I get motivated when I look through amazing art on Tumblr or Artstation.

There’s always a toxic element to fandoms. How do you navigate your passion and your art around other people’s anger and possessiveness?

They can be pretty intense so I try to avoid sensitive topics. I guess this is why I do not often create art that involves relationship between cannon characters unless I was commissioned to.

A couple years ago, the Steven Universe fandom made the news after a fan artist created a thin version of Rose Quartz and received horrible backlash from other fans. It started a huge line of questioning about what was acceptable in fanart. Did this questioning affect your own art? Are there any lines in the sand that you have?

This issue has not affected my own art. In my opinion, however, people are free to express their ideas as long as they do not  force them onto other people.

Do you think you’ll continue with freelancing? Is there a career path that you find yourself drawn to? (pun intended)

Haha! I am actually trying to get into the game industry but I would like to be a freelancer, too. I’ll just see how it goes. 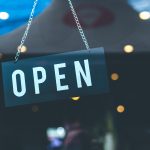