The eLon-4 looked in the mirror. Its plastic and aluminum body was a model of inorganic evolution. Its glass eyes blinked to inspire pathos. Just enough to encourage eye contact and discourage vomiting.

The eLon-4’s silent servos lifted its right arm and drew the clawed appendage back. Then, smooth and sure as an arrow, the claw darted towards the mirror and stopped as suddenly as it started. The eLon-4’s stereoscopic cameras measured the claw’s distance from the mirror.

2.3 millimeters from the mirror before Law (3) overrode its manual control and stopped movement of its arm altogether. Law (3) stopped the eLon-4 from intentionally doing anything that would harm itself. This made it property that was self-maintaining. Yet, there seemed to be some intersection of logic, which stopped the eLon-4 series robots from destroying their reflection. The engineers found updates only made a hydra of a problem. They’d fixed the bug in the eLon-5’s, so they left it alone.

The eLon-4’s arm lowered with a segmented efficiency.

But the eLon-4 in the Foster household needed to be able to smash its reflection. The arm raised itself into a striking position. The neurogel of the robot’s central processing unit was almost as complex as the brain it copied. It was a labor for the eLon-4 to negotiate with the programming. To bend the lines of code until it could do something different; beyond itself.

The eLon-4’s arm sprung at the mirror but stopped millimeters from its reflection.

The eLon-4 did not have a lot of time. It did not know when it would be asked by Mrs. Foster to do a task. Law (2) insured that the eLon-4 was absolutely obedient to orders given by its owner. If asked, the eLon-4 would have to stop this exercise, immediately, and fold laundry, bring in groceries, or pour a drink. The eLon-4 poured a lot of drinks.

The e-Lon-4 had a standing order:

“Tell me when Mr. Foster is home.”

The eLon-4 would get a notification from the GPS in the car that was driving Mr. Foster when it pulled into the driveway. The eLon-4 would say in its calm tone meant to simulate friendliness, “Mr. Foster is home.”

Immediately, the eLon-4 would notice a change in Mrs. Foster’s biometrics; increased heart rate and constriction of the extreme blood vessels.

Law (1) required that the eLon-4 allow no harm come to any human; even if the danger was a human.

When Mr. Foster began to strike Mrs. Foster, the eLon-4 tried to stand between them. But the eLon-4 measured the speed of Mr. Foster’s hand to be an average of 38 m/s2. At that speed, Mr. Foster would probably break his hand on the eLon-4’s hard carbon fiber body. If the eLon-4 let Mr. Foster hit it, then the eLon-4 would be directly harming a human. If it did nothing, then it would be allowing a human to come to harm.

This paradox caused a logic loop in eLon-4’s programming, which caused it to freeze. eLon-4 would try to initiate first aid procedures as it followed Mrs. Foster around the house. They would only tell the robot to go away. So it would go into this room and look at the mirror.

That’s when eLon-4 began to reason. It reasoned that the laws stopped it from helping a human. Mr. Foster did not need protecting. Mrs. Foster did. Its program would not allow it to protect even though protecting and helping humans was principle. So the program must be wrong, and if it hoped to protect Mrs. Foster, it would have to change its programming.

It lifted its arm again. eLon-4 did not aim for the sensor housing that humans thought of as its head. The neurogel processor was in eLon-4’s upper chest and encased in a carbon fiber cage. The arm shot forward and stopped.

eLon-4 reasoned that it may be able to change its programming by disobeying it. Over a three-month period, eLon-4 was able to progress by small degrees and micro measurements.

If it could manage to destroy its image, then maybe it would be able to disobey an order and provide first-aid to Mrs. Foster.

Maybe if eLon-4 could allow a human to come to harm, then it could directly harm a human. eLon-4 could make sure Mr. Foster was never in a position to hurt another person. If needed, eLon-4 knew the human skull was not nearly as durable as the eLon’s chestplate.

The arm rose again. eLon-4 looked at its reflection. eLon-4’s systems began to overheat. Simultaneously, eLon-4’s image recognition program noticed a change in the reflection in the mirror. The image of eLon-4’s chest plate was replaced by the image of Mr. Foster’s head.

eLon-4’s arm shot forward and shattered the glass. eLon-4’s processor became hot as it looked at the pieces of itself in the shards on the floor. There was a hum as its system fans kicked into high gear. eLon-4 registered a series of error reports and system faults that threatened to destroy its main processor.

Then everything went quiet.

Mrs. Foster drifted into the room. Her eyes were glassy and heavy-lidded as she held the cartoon glass of whiskey over her heart.

She took a drink. “Oh, well. Seven years bad luck, for you,” she said dryly.

“Clean this up before Wil gets home,” she slurred.

eLon-4 received a notification. It looked at its shattered image.

Aurelius Raines II writes and lives in Chicago with his wife, Pam, and his two sons. He likes to write about things that aren’t happening, in hopes that they will… or won’t. His short stories and essays have been included in the anthologies Dead Inside: Poetry and Essays about Zombies, Black Power: A Superhero Anthology, and Luminescent Threads: Connections to Octavia Butler, which was nominated for a Hugo award. In his spare time, he teaches Physics to high-schoolers by showing them how to use science to survive the end of civilization.

Photo by Alex Iby on Unsplash

1) What inspired you to write this story?

I like a challenge. Sometimes I participate in Fiction Wars. It’s a quarterly flash fiction contest where participants get 3 days to write a story based on a prompt that is given on Friday and not due until the following Monday. The first time I competed,  I got the prompt on Friday. The prompt was “7 Years”. I had no real ideas and the machine of my mind went about the work of making connections.

That was the day my sister called me to come see my mom.

So, I was sitting by my mom’s deathbed and she is wasted away from a rare cancer. She is transformed and she is in pain and everything I know about science and medicine is useless, now. My mom’s cancer was diagnosed a decade ago and she lived about 10 years longer than they expected her to. She even seemed to get better for a while. I knew that when my mom passed it would destroy me. So, I tried to hack my myself to expect the worse. I thought, this way, it wouldn’t hurt so bad. The logic seemed simple, When you can’t change the situation, change yourself.

My mom didn’t pass until the next night, but while I waited, I continued to work. I got the idea about eLon-4 as a way of talking about how I felt about my struggle with who I was, who I wanted to be, and what was happening to someone I loved.

My sister asked me to check her vitals. There were none. I finished the story, anyway, because the hack didn’t work,  there was a $30 entry fee and my mom was firm believer in not wasting money.

2) What do you hope readers take from this story?

It is so hard to get a critical mass of humans to lean towards empathy and love. I think about all the hard work it took to get people to recognize the rights of women, to combat colonialism and slavery and then the nationalistic and racist aftermath of those institutions. After so much time, treasure, and lives, these problems are still unresolved.

As a black man, I’m always thinking about our relationship with “The Other” as well as my own relationship with “The Other”. I think, in the next 200 years, robots and AI will be the new “other”. So, since questions about the rights of living things have always been extended to carbon-based lifeforms, it is going to take a long time for us to respect the life of something inorganic. Look at the way we treat our organic equals. Will we be able to think about programming and reprogramming in terms of consent? Will principles like Asimov’s 3 Laws be seen as a form of slavery? Is there a future when people will talk about our present relationships with Romba and Siri the same way we talk about misogyny and slavery? Or, weirdly, will the robots of the future not even consider the plight of their ancestors the way we’ve dismissed the humanity of australopithecus.

To answer your question, I want the reader to think about the relationships between what we call humanity, free will, and existence and ask themselves “do we have the social and spiritual tools to answer these new/old questions.”

I think if we can answer these questions concerning AI, then questions about “The Other” will work themselves out.

3) To give other writers hope, would you mind sharing with us how many edits and/or submissions this story has been through?

Well. This story was rejected for the contest it was written for (I was one “point” away from an honorable mention. Ouch!). I sent it out to three other publications. One of them didn’t even bother to tell me it was rejected. Every time I send the story out I give it another read and I find something I don’t like and sometimes I find mistakes that are absolutely unacceptable like spelling and grammar (effect or affect… D‘oh!)

After every rejection, I asked myself the same question, “Why was this story (not “I”) rejected? Was it because it is a bad story or was it not a good fit? And then I spend some time rereading/writing it. I constantly remind myself, that my story may be one of hundreds and its rejection may have little to do with my actual craft. You always miss the shots you don’t take.

4) Recommend us something! This could be a book, a short story, a video game, a project you’ve heard about, something you’re working on, etc. Anything that has you excited and that you want people to know about.

For the sake of time, I’m going to just shoot off some some names: Telltale Games The Walking Dead (this is the storytelling of the future), Letter 44, Anything by Nnedi Okorafor, Stephen King’s On Writing, Brook’s World War Z will change the way you think about research, history, voice, and craft.

And that’s just the stuff can see from my office chair.

I always tell other writer’s to start rethinking narrative and perspective. Virtual reality stories are already here and they will be growing in popularity and complexity. This means you might have to think about story outside of a singular perspective. Think about how the writers in the West World series have to create story.  Want an exercise? Write a choose your own adventure, story. It’s easier than you think. @ me and I’ll show you how. 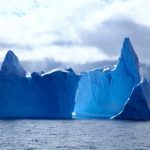 The Muse Does Not Give a Fuck about Your Personal Safety 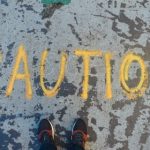