The island’s fisherwomen came to the shores when light flooded the sky amber and last season’s mandalas blew away on salt breezes like the remnants of dreams. They came to haul misery and lament, hair tied back in dead men’s kerchiefs. Their hands ever-calloused by the heavy nets, though the catch was only a few times each year.

That day was to be Callie’s first trawl. Young, kind, and a stranger to the island until this previous summer, she knew it wasn’t right to be excited about going to the shore. But she couldn’t stop the feelings tiding through her, for the women had filled her head with stories over the last few months, as they waited for the next ocean harvest.

“Those scales gleam like the moon as the fish shoal through the shallows. They are looking to be caught, held, comforted by something other than the ocean,” they told her. “But before you learn how to trawl or stand in the water for hours upon end, you must know how to deal with the spoils.”

“We don’t eat them?” Callie’s question was met with a dark look from Lilijana, the oldest woman whose face was as crinkled as a baked apple and voice as constant as waves upon the shore.

She shook her head and ran a thin blade down the fish’s belly as it flopped in her hands, mouth gaping. Callie cried out, but Lilijana hissed at her to quiet.

“S’no good waiting till they’re still, child. Without us, they’d never die at all…” She held out her hands.

Instead of the red mess Callie expected, glass beads the colour of winter sky spilled from inside the fish. Lilijana began to scale it, catching the silver flakes in a wooden bucket. Callie ran her hands through the beads; a fierce sadness tumbled through her. As if watching someone in unbearable pain and being unable to comfort them.

In response, Lilijana handed her the knife. “Firmly, now, don’t be squeamish or it will suffer.”

Callie nodded. With a quick, sure stroke, she cut open the fish in her hands. Honey, clear-gold, poured out. It felt like old mourning, tinged with tamped down anger. Lilijana collected some in a little glass vial. The next one was full of blue periwinkles, sorrow fragmented; the one after that soft, grey swan’s down, a weightless acceptance of lonely years ahead. Then she reached for another whose eyes were huge black orbs, hard as onyx. It didn’t move, only flared its gills.

Lilijana snatched it away, whispered something in a language the younger woman didn’t understand, drew the knife over it. This was a proper gutting, but along with its entrails, dark ghost-tendrils slithered from its belly, melding with the long afternoon shadows. One slipped across Callie’s foot and anguish hooked itself to her breastbone, pulling so hard she thought she might collapse. It was unsettlingly familiar.

“Lilijana, why can’t I remember anything before the island?”

Lilijana just shrugged, her eyes filled with tears as she held up the fish. “This one we bury on the hillside.”

The women had spent those next months weaving the scales, beads, feathers and similar treasures into mandalas that they hung from the trees, where they caught the sunlight and sang at midnight. But no matter how often she asked where was I before, no one would answer Callie.

Then came the light like ripe tangerines, and mandalas blown apart on the breeze; for the first time, Callie headed with the women to the shore.

She watched as the women threw the nets, digging their toes into the sand as the waves ebbed, washed, ebbed. The tide dragged and the women waited, singing low and sweet. Then, from over the horizon came a long, plain ship, trimmed in black. Closer to the island it turned, sailing in a wide, slow circle.

“They’re jumping overboard!” Callie cried, but the women kept singing their harvest song, straining against the nets and pulling heartache from the sea. The ship did not drop anchor, did not wait for the people to climb aboard again. Without a second thought, Callie ran through the waves and struck out toward them.

“Leave her be,” she thought she heard Lilijana say.

Callie felt them watching her and holding their breath. In the waters ahead were men, women, children, among a great school of gleaming fish that breached and schooled almost joyfully. The people struggled silently in the current, were dragged under as surely as if their shoes were weighted. Not one cried out for help. Callie dived, peering through emerald water that darkened in the depths. A man in a black suit, two girls in little black dresses, women in widow’s weeds. Mourners all. Eyes shut, they sank slowly, ragdolls in the gloom. One after the other, their backs arched and shining fish with onyx-black eyes burst from their chests.

Callie surfaced, crying and holding her chest, flooded by memories that answered her questions. She had taken a trip on the black boat. But as her own grief had torn itself from her chest, it was not relief left behind but a terrible, aching emptiness. So, despite the pull of the depths, she had swum after it and the women scooped her up, exhausted, in the shallows.

This time as she turned for shore, the women were waiting for her, shirts open to expose the scars on their own chests, identical to her own.

All around her, the grief-fish flitted gently, fins soft against her flesh. Grasping for a different shore, having broken free of the flesh and bone cages that could stand them no longer. But the women were Callie’s anchor, the catch her chance to make something new and fresh from the viscera of sadness.

The women sang Callie home, with their sister-scars and changeling hearts. She picked up the net.

Suzanne is a Melbourne, Australia-based writer, a graduate of Clarion South, and an Aurealis Awards finalist. Her stories have appeared in anthologies by PS Publishing, Prime Books and Falstaff Books, and in Metaphorosis, Mythic Delirium, and Lackington’s, among others. Suzanne’s tales are inspired by fairytales, ghost stories, and all things strange, and her first novella, Lisette of the Raven, Ash of the Rook was released in 2019 by Falstaff Books.

She can be found online at suzannejwillis.webs.com“

Grief Trawling by Suzanne J Willis is the winner of the Apparition Literary Magazine April Flash Fiction Challenge, which was based on the featured image: April: The Fish Harvest at Dawn by Anita Magsaysay Ho 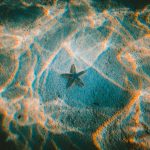 What the Water Gave Her 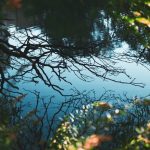