My ten-year-old wrote his first angry poem this year. Subject matter included bullies, silent bystanders, and the hopeless sense that nothing will change and nothing will get better. And hooboy, was he pissed. He read it to me, and he planned to read it to the class the next time his teacher had students share their work. Later that week, he told me he’d decided not to read it aloud at school, and I said that was okay. He did share it with one friend, a friend he knew would get it.

Sometimes we make art just for ourselves; sometimes we share it with the world, to speak up, to take a stand against bullies; and sometimes we share it with just that one friend who gets it (and who maybe needs it, too). In these ways, art is resistance. I’m not the first to say that, or even the first to write an essay about it. (Honestly, I feel like I should just refer any readers here to “The Shape of the Darkness As It Overtakes Us” by Dimas Ilaw and call it a day.)

Our wee magazine baby was conceived in 2017 and born in 2018—two pretty garbage years in a lot of ways, I think most of us can agree. We editors gestated, labored, and birthed Apparition Lit (I better stop with this line of baby imagery before I get to “suckled.”) in a time of pain and fear and grief and paralyzing uncertainty and galvanizing anger. As angry as we were (are), creating this weird fiction rag was a labor of love, too. Funny how those two things sometimes go together: anger and love. We will throw down for what and whom we love and get angry as hell when they are threatened or harmed. In our case, making this magazine and promoting others’ stories and voices is a constructive way to channel our anger and be a force, however small, for good.

So, the world is a turd on fire right now. It’s easy to feel like things have never been this bad before, which is not true, of course. To say, “This is not America. We are not this. We are better than this,” is bullshit. That’s privilege talking. And I’m plenty guilty. I get to choose whether I think about racial profiling and violence today. I don’t have to worry every time my white son leaves the house that he might get shot for wearing a hoodie. If ever-increasing numbers of children in cages are bumming me out, I can put away the Twitter, turn off NPR, and call it “self-care.” But not ignoring the suffering of others is really the bare minimum. (Let’s be honest, my fellow white people: being “woke” is just playing catch-up with everybody else who’s been saying, “WE FUCKING TOLD YOU.”)

But what to do with all our wokeness in this abominable timeline of vitriol and destruction? Simply ride the ceaseless, alternating waves of panic and depression forever? Classic move. Curl up on the floor and wait for the welcome arms of death to carry you into the beyond? Tempting. Take a warm, relaxing bath in a tub of your own tears? Sure, self-care is important. Of course, there are many ways to take meaningful action. We know what to do. Vote. And if we’re not part of a community whose votes are being suppressed, fight for the voting rights of others. Volunteer. Donate our time, money, or talents, whatever we’ve got, not just thoughts and prayers. And keep creating. The motherfuckers don’t want us to create. They want us hopeless and voiceless, whiling away the hours in our sad tears-bath. Your story might not seem important. It might feel too small to count. But it counts, I promise.

When we write stories or create art, we make ourselves visible. We bolster and inspire. There’s strength in numbers, and solidarity is powerful. When I feel hopeless, the right story can be what keeps me going. Just someone’s voice calling out—across an expanse of words bound in a book or through a poem that is both a mirror and a window—makes me feel connected, like someone wrote it just for me. And maybe you did. Maybe you wrote that story for a reader just like me and when you submitted it to Apparition Lit, you had no idea that your story would be what broke my despair-spiral that day, that your words helped me keep on keepin’ on because they were so fucking beautiful.

Apparition Lit promises to be part of the resistance—an inclusive platform for marginalized voices and a space for writers and artists of all intersections. The world needs your stuff, so please, keep making it.

Write some angry poetry and share it with a friend. Create stories about subversion and survival, about burning it all to the ground and building it back up the way we want it. Make art that extinguishes fear and spreads fierce, unabashed love. The bullies of the world are no match for our hope and fury. 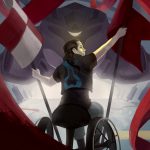 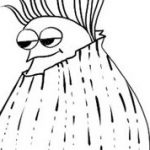 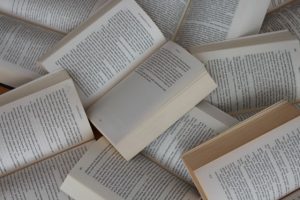 Flock of Words and Wonder 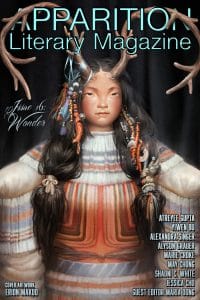 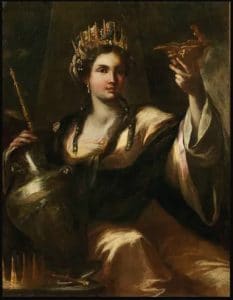 A Price on Her Head