Note: This essay will discuss the overall themes of Captain Marvel but will not cover specific plot details.

Even before I saw Captain Marvel, I knew from the trailers and comics that if you give Carol Danvers a challenge, she’ll strive to beat it. She’s a delightfully ambitious character. Even if she gets knocked down again and again and again, she’s going to get back up.

And then she’s going to do the thing bigger and better than anyone else.

If you’ve seen the trailers, then you already know getting knocked down but getting back up again is a through line of Captain Marvel. But the way her ambition, her determination, interacts with the other themes of the movie (gaslighting and female friendship) solidified Brie Larson’s Carol Danvers as one of my favorite MCU characters.

In an article for the Harvard Business Review, Sylvia Ann Hewlett and Melinda Marshall discuss the cross-section of female ambition and sacrifice. Citing Natalie Portman’s character from Black Swan, they write:

“Characters like Nina imply that ambition will cost a woman all her meaningful relationships; it will push her to the breaking point; it will twist her priorities, pervert her desires, and betray her dreams.”

Hewlett and Marshall are sadly correct women are often punished for ambition. Success requires sacrifice. Pain. Long hours in the office at the cost of all else, for the reward of power.

But Captain Marvel abandons this stereotype. Carol Danvers is allowed to enjoy her ambition, to completely embrace the joy of power and accomplishment. Her desires don’t hold her back from female friendship. In fact, her relationship with Maria Rambeau is all the stronger for their shared ambition to pilot planes despite the men making cockpit jokes.

Carol doesn’t have to pull anyone else down in order to climb up. Instead, she finds joy in sharing her ambitions and in delighting in others’ powers.

It may be time we move beyond stories that prove women can do whatever men do. But I’d argue humanity has yet to embrace equality. Plus, Carol Danvers was a USAF Captain in 1989. The sexism she struggled with then still exists today, just ask people if they think women can pass a man’s physical fitness test, or if the women who have graduated Army Ranger School did it fairly. But don’t talk to me about it. I’ve heard enough from crusty men who think women are too emotional or can’t possibly match men physically.

Maria and Carol, banned from warzones, flew experimental airplanes because it was their only opportunity to fly, to prove they could go “high, faster, further” together. And many people are still trying to prove they deserve to be paid as much as men, can be just as good as any man in any job, can be in positions of power without being a man.

Sometimes the people in power tell us we’re too emotional, too weak, too likely to fail. People gaslight us. The system works against us. We try to reach our ambitions; we fail.

If there’s a lesson to be learned from Carol Danvers, it’s that failure doesn’t have to be the end. Carol isn’t like Wonder Woman or Captain America. Those are righteous characters who do whatever they think is right even if they’re facing impossible odds. They’ll keep on fighting because they believe, to their very core, that if they don’t, evil will win. Carol’s reactions are more relatable and, arguably, more human. She’s embracing her ambitions for herself. Getting back up because she still has the strength to punch you in the face.

So as I write this and another rejection for a book I’m querying rolls in, I’m thinking about Carol’s smirk. Sure, I don’t have fame or power to delight in, but there’s something to be enjoyed in the process of trying to achieve an ambition. I might not be physically knocked down, but it’s hard not to take rejection a little personal. Every rejection is a sharp dagger into the thin skin of my belief I can tell a story–that I can one day sell a book.

But I can be like Carol. Be defiant. Get back up (or send another query out). The failure isn’t in trying, it’s in shutting down–in shelving your ambition forever.

Don’t believe the Supreme Intelligence when it tells you that you can’t succeed. 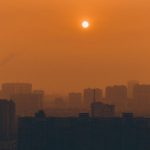