The dream hid in Little Bird’s pocket like a secret.

She carried it with her every morning as she walked to the creek to gather water for breakfast and bathing. The dream curled heavy and sharp as a bear’s claw.

Even now, Little Bird sat alone at the creek’s edge, the forest hiding her from the sun-stir of her village just beyond the trees. Birds sang through the evergreen shade.

Her mother and father would be up by this hour, surely. Her mother would be pulling open her dress for Little Bird’s new brother, named Eyes Far-Seeing, for he emerged from their mother’s belly silent and observant as a hawk.

When Little Bird left that morning with the buckets strung over her shoulders, her brother watched like he could see the dream burning within her.

The water buckets were full, and the sun climbed the sky like an old man ascending a mountain. She should return soon to help her father prepare breakfast.

But still, Little Bird did not move. She sat at the edge of the creek and stared and stared at the trees across the water. Her hand dove into her pocket, and there was the dream, ready to devour her.

Every night, she dreamt she walked that unmarked path in the forest and the light came down in rainbow fragments.

The memory peeled the forest open, cocooning it around her as she dream-walked deeper and deeper, moving and standing still all at once, in the way one only can in a dream. The forest-maw yawned open and she went deep into its belly, until at last she arrived at a clearing.

(Blood pulsed hot in Little Bird’s skull. She dug her fingers into the cool earth to remind herself she was still awake.)

There in the clearing under a night-black sky,a trio of sisters danced,  bathed in light that came from everywhere and nowhere. They wore the colors of summer sunset: pale blue and pink and white, the fringe off their shawls blitzing and burning across Little Bird’s vision. They circled around a tree huge and old as the world.

A girl knelt at the base of the tree, and Little Bird barely recognized herself. Her own hands pried off the bark. Her own knife, carved from an elk-bone, bit into the tree’s side and kept digging.

The dancers spun all around her, feet pounding the earth in a forgotten song. The ribbon unspooled from their shawls, nesting tighter and tighter around Little Bird.

(Little Bird was there and not there. Dreaming and not dreaming. She learned long ago that two contrary things could be true at once if she held them tight in her mind.)

In her dream, her knife found what it was seeking. The entrails of the tree spilled and sputtered out. There was no sap, no wood: only wires, knotted together like rat tails. When her knife bit through them, a bird on the branch overhead fell stiff as a rock and clunked to the ground beside her.

Little Bird reached for it.

(“It’s only a dream,” Little Bird whispered to herself, to make the world feel real again.)

The shawl dancers twirled, the fringes of their costumes becoming a blizzard of heat and light. The rhythmic beat of their feet against the earth swelled into language, humming through her as one voice.

(Little Bird stood and walked through the creek, but the cool bite of the water did not slow her.)

They will never release you from your cage, Little Bird.

The dead bird’s skin was cold and flat to the touch. The feathers were not feathers at all but brittle paint, which flaked away to show gleaming silver skin.

(The underbrush scraped at her cheeks but Little Bird knew the way like the shape of her name on her mother’s tongue.)

Go back. Before they find you.

In every dream, Little Bird always turned around too late.

The park rangers found the girl back at the damn tree again.

Ranger Desmet grimaced down at the reservation-girl. She sprawled beside the hub-tree, one of the many camouflaged WiFi boosters hidden all throughout the nature preserve. It seemed every other morning he found her here, no matter how many MemErasers they pumped into the kid. He carried a few extra low-dose tranquilizers on his patrols, just for her.

One of those tranqs bristled from the side of her neck.

Beside him, his partner sighed through his teeth. “Should just relocate the little bitch. Give her a full reset.”

“Pain in the ass, more like. She keeps taking every goddamn forest creature offline this side of the creek.” He kicked at the metal bird on the ground beside her, frozen now that its internet connection was severed.

Desmet tried to keep the pity off his face as he appraised the girl, her black braids strewn all around her. She didn’t look like a clone. She looked as real as his own daughter, like she had merely fallen asleep on the sofa.

Soon the tourist groups would arrive to see something real. Sightseers from the city descending on the only patch of emerald left this side of the Rocky Mountains.

“You patch the tree,” Desmet murmured as he stooped down to scoop the girl up. “I’ll clear her memory and send her home.”

As he cradled her, he whispered in her ear, “I’m sorry,” like he always did.

But still, he did not carry her to the park’s edge to face the real world of neon and chrome beyond it. He never did.

When Little Bird woke again beside the creek, her water buckets were still full. And she had just had the strangest dream.

Taylor Rae is a recently-reformed mountain troll who is trying out city living. She holds her Bachelor’s degrees in psychology and English literature from the University of Idaho. You can find her in most caves and also @mostlytaylor on Twitter.

Living Ghosts by Taylor Rae is the winner of the Apparition Literary Magazine October Flash Fiction Challenge, which was based on the featured image for October: Shawl Dancers by Ruthe Blalock Jones 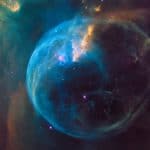 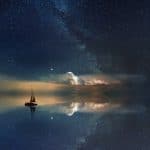