Dubstep pulsed through Dragon’s Vape. Clair inhaled her e-cig, savoring the nicotine flavored with blue razz lemonade. It was quieter at her table, far enough from the speakers to hear her own thoughts. Up front, the bartender wiped the counter, a low-grade filter pinching his nose.

With dusk came a shift handover. Tiks entered the doors of the vape bar in a swarm, their gray pitmen jumpsuits stained with dirt and sweat. They kept clear of her table. Most had their heads down or muffled a wet cough. The latter would be after Syke-made opioids, peddled from dealers in the backrooms. Others sought the card tables, their few credits about to leave their pockets and into Clair’s. This was her place, and she claimed what landed in her lair.

The setting sun was blocked out by the main hub of Besnick City, a living space up high that few but Sykes could afford. In stark comparison, Dragon’s Vape was part of the Vein and built over a rich deposit of anthracite. Tiks lived and died in its black heart. Some saved their few credits, hoping to buy a different life, but not Clair. She preferred dark recesses and cheap neon. The Vein, for all its flaws, never tried to pretend to be what it wasn’t.

That suited Clair just fine. What didn’t, was being kept waiting. She checked the time, annoyed, clicking her nails on the tabletop. As her anger fanned, a shadow fell over her.

“This seat taken?” Moose asked. His accent was a mix of Syke and Tik, the sound too smooth, oily even. A voice like that belonged to healthy lungs.

Clair puffed her e-cig. As vapor dissipated, she studied Moose. His face was plump with a noticeable tan, trademarks of living in Besnick City—a network of silver and steel that reached forever sunward. Moose was a little bird fallen from the rafters—she wasn’t certain if it was on purpose or the result of unexpected circumstances.

“Everyone here knows to call me Queenie.” She shook her head at his slipup, born of privilege and youth, then kicked an empty stool his way.

Moose sat without offering an excuse to his lateness, shrugging off a backpack and setting it on the tabletop.

“Did you bring what you promised?” Clair asked, skeptical he understood the rules of this game.

Moose nodded, but then looked left and right, as though he expected a huntsman lying in wait to pounce and cuff him.

Clair laughed. “Relax. This is my place, and no dogs are allowed here.”

Moose hesitated, then pulled the bag closer, unzipping it. It contained the promise of what he could deliver on regular runs into the Vein. Inside, the main compartment held a collection of glycerin, propylene glycol, and opioids. There were needles, good filter masks, antibiotics, and more. Based on what he’d said in his message, he was a medical student, and somehow, he’d learned how to skim the fat off the muscle.

The bag’s contents were worth more than a ton of anthracite, and he offered it to her like it was nothing. Was it a bluff?

Clair whistled. “You know, I didn’t think you were serious. No one who escapes the Vein willingly falls back into it.”

Moose shrugged. “The goods are clean—we got the records wiped from the inventory list. I don’t expect you to understand my reasons.”

The we made her raise an eyebrow. If he knew a hacker, that would be a useful contact. Clair leaned back, signaling the bartender to bring her a refill with a raised hand. “If I’m to take you on, I need to.”

With that, she waited for him to ante up, though in truth, the cards were already dealt. Still, she always let her opponents show their hands first. So she waited, letting him unspool his thoughts. After all, she enjoyed a good slow play.

The song changed—something a little calmer with a looped lyric. Dull-eyed pitmen vaped at the bar, their e-cigs held in chapped lips, aglow like wishful stars.

Moose raised his chin. “I was born in the Vein, but my mother was a Syke mining engineer. She fell in love with a pitman, and though my grandparents took my sister and me in, they wouldn’t help my dad out. Suited him. He wasn’t much interested in living up high. My parents tried to fix the Vein, and they failed. They breathed the bad air until they couldn’t breathe anymore.”

“I see.” Clair was too used to sad stories to feel pity. Maybe the sister was the hacker he employed. A card to collect later.

She accepted a refill from the bartender, her next words falling from her lips alongside threads of blue-tinted vape. “What you want won’t come easily. There’s corruption down here, same as skyward. If the Vein is to rise, Tiks need to learn their strengths, even if that means preying on our weak. It’s a game that’ll span generations.”

“The sooner it’s won, the better,” Moose said, his voice edged with emotion. In his eyes, Clair saw real hatred: a fuel that burned as bright and fast as nitroglycerine.

Clair nodded, a slow smile reaching her lips. This boy would murder to get what he wanted, and he’d started by killing the child within. A king card in the making. He’d be worth culling, putting at the bottom of the deck to be dealt later.

The haze of nicotine swirled around the table, while neon washed out his features, aging him. In that moment, Moose looked like a man. He looked like a Tik, too.

“Just remember,” Clair said, offering Moose her hand to shake, “as you sow, so shall you reap.”

Anna Madden lives in Fort Worth, Texas. Her fiction has appeared in DreamForge Magazine, Upon a Once Time (anthology, Air and Nothingness Press), DreamForge Anvil, Zooscape, and Hexagon SF Magazine. She has a Bachelor of Arts: English degree with a creative writing emphasis from the University of Missouri—Kansas City. In free time, she gardens, mountain bikes, and is a first reader for DreamForge Magazine and Dark Matter Magazine. To learn more, follow her on Twitter @anna_madden_ or visit her website at annamadden.com.

Madame of the Vein by Anna Madden is the winner of the Apparition Literary Magazine April Flash Fiction Challenge, which was based on the historical badass for April: Stephanie St. Clair 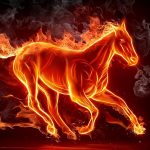 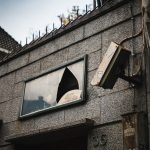