I was born twice

once in the water

to a chorus of vibrations.

Before I could hear them,

I felt the ripples of my kin,

the carp, and timorous snail.

When the sky broke lightning

they sought down and away;

where the voice of the rain

did not penetrate, but I –

I was in awe of the thunder

that deafened my skin

and rose to meet the storm,

to be born again in the air.

I left my skin on a fern

in the hope of becoming ethereal.

I lost all feeling, I became a one-way ghost

How I long to return to that secret depth

where my nakedness was first born,

where my sensory clothes disturbed

the surface of the glass-pane pool,

swallowed by the rising tide.

Cameryn Araduke is a tea-sipping wordslinger whose weapon of choice is a smoky lapsang souchang. She writes straightforward fantasy, space bending science fiction, and all kinds of poetry. Born in Tokyo, she has since lived in Moscow, Vladivostok, Bishkek, and Juneau. Her greatest regret is that Scrabble does not allow place names.

Photo by Riccardo Chiarini on Unsplash

1) What inspired you to write this poem?

Often enough, ambition is associated with perseverance, greed, and careful planning. I wanted to write about innocent, impulsive ambition.

2) What do you hope readers take from this poem?

If you could only explore new things by abandoning the old, would you? As speculative fiction readers, I feel like we can sympathize with the narrator. We understand the allure of the strange and the otherworldly. Unlike the naiad, we can pursue those feelings without consequences. At the end of our stories, we close our books, we minimize our screens, and resume our lives as they were. But what if you couldn’t. Would you feel trapped, or liberated?

3) To give other writers hope, would you mind sharing with us how many edits and/or submissions this poem has been through?

This poem has been through countless edits. That in itself suits the theme of ambition. I’m grateful it’s found a place with Apparition Literary Magazine at last.

4) Recommend something to us! This could be a book, a short story, a video game, a project you’ve heard about, something you’re working on, etc. Anything that has you excited and that you want people to know about.

One of my favorite writers is Ursula K. Le Guin. “Looking Back” is another poem about an unexpected, one-way transformation. 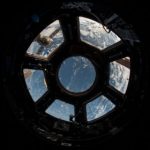 Juliet Silver and the Sea of Prosperity 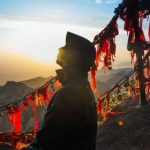