It started as a tiny leaf prickling her toe inside the sock, minuscule and green, then a longer stem sprouted from it, twirling around the hallux. Paula stared at it. It’s probably a fungus, she thought, then held the stem with two manicured fingers painted light pink. She pulled the leaf like a weed. The discomfort was back the next day, tangled around her two ring toes. It’s the plants, she told herself. I’m spending too much time with the plants.

She decided to go to the flower market anyway, wallet hidden inside her purse. Paula dressed up like she would have for a lover: wavy blonde wig she used to wear during performances, red lipstick, a golden necklace under her Adam’s apple, heavy earrings, heels, and a beautiful emerald dress. See you soon, she told a line of cacti, making kissing sounds.

The leaves stung inside the shoes, breaking through a piece of skin to sprout another leaf. Paula ignored the pain and admired the sparkling flowers smiling back at her. Just like home, she thought, touching a terracotta vase. The sole of her feet blazed like she had a rash. She chose a baby’s tears to hang over her bed and another sunflower for the living room.

When she was young, Paula lived for the stage—rehearsals and dances, feathers and sequins, hours and hours of not knowing if the military would come this time or not. Those were violent times, she thought, arranging the plant above the headboard. Her bedroom had other vases; on the floor, on the shelves, on the window, on the balcony. Two potted ferns hung from a golden chain, their soft green roots looking darker under the afternoon light. Forty years later, things were different, calmer, perhaps. Not always, Paula muttered to herself, lying on the mattress. Not yet.

One heeled shoe fell on the rug, revealing a foot that was covered by patches of moss. Paula touched the varicose veins dancing in her legs, purple and blue, and covered the green fuzz with a wrinkled hand. Decades had passed, and she couldn’t move as freely as before, but at least she had her plants. Dracaenas, palm trees, violets, succulents. Two windows of cacti of varying sizes and a kitchen of pepper, rosemary, basil, peppermint, sage. Sometimes, she barely had space to walk, and many of the plants now slept with her.

Paula removed her wig, and closed her eyes. From her head, little flower buds sprouted and begun to flourish, one by one, bathed by the setting sun. Paula felt herself getting weaker, like she had danced the entire night. The baby’s tears gazed at her from above. Good night, they seemed to say. Foliage covered her thin arms, and petals fell onto the pillow, yellow and white. The sweet smell of pollen filled the air, and Paula closed her eyes. Good night, she said too, and the flowers bloomed at last.

H. Pueyo (@hachepueyo on Twitter) is a South American writer of comics and speculative fiction. Her work has appeared before in print and online venues like Clarkesworld, Strange Horizons and The Dark. She currently lives in Brazil with her husband and their interminable piles of work to do. Find her online at hachepuyeo.com.

Photo by Anita Austvika on Unsplash 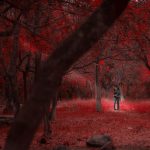 Belly of the Beast

A Word for What We Have 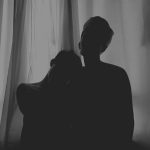