in the woods, or on an ice floe in the river,

they honored that person as a saint,

made up a name, a life story.

Further back, they told tales

of an angry, all-powerful hag

who’ll kill you as soon as look at you,

or help you on your mission, depending.

A hundred years ago,

in an unheated flat

while ancestral portraits look on.

She comes from a land of

a knock on the door at midnight.

Those who don’t speak her language

hear her saying in her soft voice,

and wonder, what is this lovely tongue,

The names of prisons.

There are other prisons.

the portraits in that unheated flat

sells the canvases on the black market,

chops up the frames for firewood,

reads the chronicles and the tales

by the light of the flames.

Rosalie Morales Kearns, a writer of Puerto Rican and Pennsylvania Dutch descent, is the author of the novel Kingdom of Women (Jaded Ibis, 2017) and the story collection Virgins & Tricksters, and founder of the feminist publishing house Shade Mountain Press. Her poems have appeared or are forthcoming in the Nasty Women Poets anthology, and in Luna Luna, Yes Poetry, Literary Hatchet, Bending Genres, and other journals.

Photo by Nathan Lindahl on Unsplash

For the past several years I’ve been drafting and revising a novel that starts out in Russia in the early years of the twentieth century and continues into World War II. During an earlier draft, in April 2018 I participated in a month-long poetry-writing workshop led by the awesome feminist writer Rebecca Bratten Weiss. She offered a prompt every day, and sometimes I ended up using them to write poems inspired by the characters in my novel. I think of them as my Russia poems—I have four so far. The prompt for this one was the famous quotation “After us, the deluge.” I used a shortened version, “After Us” (Posle nas in Russian), for the poem’s title.

I hope they get a sense for the vast sweep and deep oddness of Russian history.

The first two stanzas are pretty much identical from the first draft, but the rest of it got reshuffled, reworded, and trimmed down many times. I’ve been submitting it since August of 2018, and it’s been rejected by fifteen journals. For me, that’s a very quick acceptance!

Donna Miscolta’s brilliant short story collection Living Color: Angie Rubio Stories is forthcoming this fall from Jaded Ibis Press. I was fortunate enough to read an early version of the manuscript and it really stays with me. It’s a coming-of-age story of a Mexican-American girl in California who grows up to be a writer. The book is beautifully written, hilarious at times, sad or infuriating at others, and so spot-on in its observations about the racism of lowered expectations that Black and brown children have to contend with. 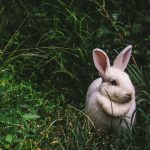 The Truth of a Lie 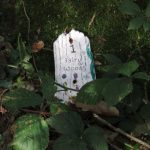