Hello. My name is Inigo Montoya. You killed my father. Prepare to die.
— Inigo Montoya, The Princess Bride (William Goldman)

Inigo is the best character in The Princess Bride (and if you disagree, you’re wrong). His long-pursued retribution is so satisfying. He never gives up, never lets go of that anger. He earns that revenge moment. And I’ve never related to him more than I have in the past two months. On May 17, my mom died. Like many mother-daughter relationships, ours had its share of conflict. But there was also a lot of love there, and her death was too fast, and I’m still angry. Those Kubler-Ross stages of grief don’t always come in any particular order. I could bounce around all five of them in one day, which is exhausting, but anger seems to be the stage where I spend the most time.

If Grief is the concept album I dropped two months ago and Anger is my hit single, Retribution is that weird track a lot of people skip, that the radio won’t play, but is super relatable to a handful of similarly angry listeners. These past few weeks have been filled with revenge-themed daydreams, nightmares, and intrusive thoughts. And these thoughts get pretty dark.

A little backstory: My mom had a wonderful oncologist who retired. His replacement was a smug prick who would come into the exam room talking about the wrong patient and leave the room while my mother was still trying to ask questions. She told me she felt ignored and didn’t trust him. I encouraged her to get a new oncologist. But due to her habit of often putting others’ feelings before her own (she didn’t want to be “rude”) with a bit of Keeping Up Appearances and a touch of Don’t Question the Doctor, my mother did not fire his ass. This guy also ignored my requests to scan her belly. She was diagnosed with carcinoid cancer in her GI tract years ago, they “couldn’t get it all” with surgery and radiation, so they monitored her and focused on managing her symptoms. The new oncologist treated her recent breast cancer but ignored all the symptoms that screamed progression of carcinoid cancer—severe abdominal pain, diarrhea and dehydration, vomiting and malnutrition, can’t-get-out-of-bed-today weakness, dizziness and falls, edema… This picture’s caption would read, “Hey, your cancer has spread, and now your liver and kidneys aren’t working so good, nor is the rest of your body.” Had the oncologist listened to us, I don’t think there would have been anything they could do treatment-wise to change the progression of disease. But she didn’t have to suffer like she did. She could have had hospice more than just the four days before she died. She could have had pain relief and end-of-life support and maybe even a fucking bucket list. We could have prepared her grandchildren. We could have…

And here I go again down the anger spiral. See why? At my angriest, I want to ruin his life. “I hope he gets cancer and has an oncologist who doesn’t listen to him and dies a horrible, painful, lonely death.” At my pettiest, I still want to ruin his life, just in a different way. “I hope he loses his medical license in an embarrassing scandal and his income plummets and his wife leaves him and his children have to go to public school with the rest of us commoners. And his doctor golf club kicks him out, which is probably the worst thing he can imagine, since he clearly has no empathy for people with cancer.” I want to pursue him across land and sea, suffer and persevere, stay angry, and earn my retribution. And when he begs for mercy, I’ll say, “I want my mother back, you son of a bitch” just like Inigo. In a weird way, that anger is comforting. It’s something to hold onto that makes me feel righteous rather than powerless. I would never actually do any of these things. I spend plenty of time with those other stages of grief, even moments of Acceptance. I’ll eventually be less angry and vengeful, and I’m “doing the work,” as my shrink says. But for now, I think wishing for retribution is probably part of the healing.

Retribution can take many forms. The stories and poems of this issue are all different approaches to the theme and all equally powerful and moving.

Our Roots Devour by Lora Gray (@LoraJGray): This young protagonist had my heart from page one, and I could read a trilogy of novels about these two sisters. I may have teared up at the end.

“Hannah took a deep breath and started to Sing.
The words wasn’t words I understood. They was vowels pulled long as taffy, consonants sharp as hail, purrs and clicks winding back and forth like a snake.”

Dead Meat by Maria Haskins (@mariahaskins): If Rhea and Gaby were real people, I would convince them to be my friends and I’d listen to their banter all day everyday. The imagery in this story is so wonderfully creepy, and the story’s retribution is [spoilers redacted]. I wish I could read this for the first time again!

“Its furtive movements are like a tickle underneath my skin, a shudder in my bones, a shiver in my skull. The door is enough to hold it at bay, for now, but that smell… It’s too familiar for outer space.”

Sea Witch from the Deep by Ellen Huang (@nocturnalxlight): A unique spin on an iconic fairy-tale character. The last three stanzas are a gut punch.

“The first two spells came so naturally
And was it evil of me to save myself, or save another? Is evil done so easily?
I linger between the spaces of the dream or what could be a memory
Between the darkness and light of my ability”

Abeona, Goddess of Outward Journeys, pilots the interstellar ark by Nisa Malli (@nisamalliwrites): The next time someone (who last read a poem when it was a homework assignment) asks me, “How can poetry be sci-fi?” I’m going to show them this poem.

“When I’m bored I measure
the distance between
destination and disaster.”

His Heart Is the Haunted House by Aimee Odgen (@Aimee_Ogden): An utterly immersive read. And the themes of guilt and regret really hit home.

“When the hunter gets to her death, he calls her that cute redhead. He and his friend roll descriptions of her dogman-gnawed corpse alongside mouthfuls of masticated bread. The splintered bones. The sewer smell of her ruined guts.”

The Wolf of Pendarvis by Genevieve Sinha (@genevievesinha): The prose blew me away. This is the kind of story that I read and immediately want to reread—first for the journey and then for the language and imagery.

“Everything lives by the death of another. With every breath, every mouthful of nourishment, we take. Plants take from the soil, and the deer from the plants, and we from the deer, and the Great Wolf from us. Circles that turn within circles, tightening the noose between that which is living and that which is dead.”

Each piece struck a unique chord with us. For me, these beautiful works couldn’t have come at a more needed time. It’s been therapeutic reading about all the permutations of retribution, about characters’ choices and mistakes, about those who survive and those who don’t.

Seeing ourselves in fiction, even (or especially) if it’s not pretty, can be cathartic in a safe and healthy way. So thank you, contributors, for sending us your prose and verse. I basically got free therapy, and you got to help prevent an angry daughter from challenging a bad doctor to a duel.

Apparition Literary Magazine is funded by the editors and by your kind donations. If you’d like to support us, you can follow us on Facebook or Twitter and please consider donating and/or subscribing via our website.  For 2019, we’re pleased to announce that we’ve increased our pay rate for short stories to $0.03 per word and poetry to $15 flat rate.

Thank you for reading, 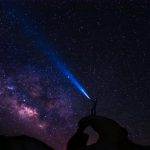