Planting the Seed: From Now and Then to Beneath a Sugar Sky

I never wanted to be Chrissy DeWitt.

Growing up, if there was a sleepover, we would be watching a rented VHS copy of Now and Then. The movie was about friendship and how strong bonds can be when you’re a teen. Samantha, Roberta, Chrissy and Teeny dealt with divorce, death, and disappointment all over the course of a summer. They sleuthed over the mysteries of their town, contacted ghosts and learned how to grow up. As my friends and I watched the movie over and over and over again, I think we all wanted to have the same adventures, the same profound realizations, the same deep friendship that would last a lifetime.

After the movie was done, we’d watch the credits and debate who in our group best matched the characters onscreen. I wanted to be Samantha. It made sense. Samantha was quiet and weird, she loved writing, and when she grew up she got to be a science-fiction writer. She lived the dream. I never got to be Samantha though, I was always Chrissy.

Like all stories, each girl was an archetype. Samantha was the sad one, Roberta was the tomboy, Teeny was the flirt, Chrissy was the naive one. Chrissy was also the fat one. The girls called her fat, when they rode bikes even though she kept up with them she was always a little out of breath. For all her faults and character development, when I think about Chrissy I don’t remember about her naivety about sex, I just remember that she was fat. And that I was fatter.

I grew to hate those discussions and started to dread watching it with friends. Every joke at Chrissy’s expense felt like a brand against me. I was always Chrissy, the fat one, and I was larger than her. If Chrissy’s friends called her fat, what were my friends saying about me? I felt monstrous. It could be your weight, your nose, your laugh — it really doesn’t matter, but once you feel like a monster, you can never fully shed that idea.

Teen horror series by R.L. Stine and Christopher Pike often had stories of weight loss as the motivation for a murder. Puberty is marked by changes but the most often change that befell female teens in the series was thinness. They’d go off to summer camp, or star in a play, or join a team, and become thin over the summer. During the start of the school year, they’d rocket to popularity while their friends seethed and plotted to kill everyone around them. Every summer I’d wait for the magic to strike, for me to return to school better than I was. It never happened.

There was no before for these characters. Only after, when their lives change. Two films came out recently, premised on the ludicrous idea of a woman finding herself attractive and having others attracted to her. Isn’t it Romantic and I Feel Pretty are opposites of the same movie, one where the world changes to love the woman and one where the woman changes to love herself.

“They’ll never make a movie about girls like us, and you know why? Because it would be so sad, they’d have to sprinkle Prozac on the popcorn, or people would kill themselves.”

Both films start with the before of the characters, you see Rebel Wilson wearing a comfortable cardigan or Amy Schumer struggling to fit in with her exercise class. It’s for laughs because they obviously don’t belong in the worlds they inhabit. Film is a visual medium, it’s always clear how these female characters stand out and are seen as immediately foolish.

It’s easy to use cruel or cagey language in descriptions. With writing you need to clearly describe your characters to the audience, you then need to repeat yourself so readers remember that Harry Potter has green eyes, or Pippi Longstocking has freckles, or Meg Murray has glasses. With fat characters, it’s hard to think of a kindly description that doesn’t de-sexualize the character. In George R.R. Martin’s A Song of Ice and Fire, a tome that is rife with sex and dangling penises, two characters stand out the most for their size: Brienne of Tarth and Samwell Tarly. The language used throughout the series makes it clear how disgusted we are supposed to be of these characters, readers are never able to forget that Samwell is fat. Nor are we allowed to forget that Brienne is freakishly tall and ugly.

“ Sam was weak, and fat, so very fat, he could hardly bear his own weight, the mail was much too much for him.”

Samwell chapter, A Storm of Swords: A Song of Ice and Fire: Book Three

Samwell Tarly, who George R.R. Martin has named as a stand-in for himself, is a self-identified craven who is best known for being essentially the only fat character in Westeros. He’s fat. Disgustingly, hideously, fat. It’s his sole trait. At the Night’s Watch, he’s called Ser Piggy and Prince Pork-chop. Brienne is capable, strong and loyal. Characters are appalled by her appearance, often feeling sorry for her.

…there are many parallels between growing up a large woman — tall and wide in bone structure — and growing up a fat one. One of the most striking of these is the simultaneous over-sexualization and de-sexualization of one’s body. Most folks who come across Brienne are struck by her physique immediately. Men crack jokes about whether there’s a “real woman’s” body beneath all that armor. They call her ugly repeatedly — drawing comparisons between Brienne and farm animals here and there as well. Women, on the other hand, poke fun at Brienne’s inability to curtsy while eyeing her up and down with looks of disgust and confusion.

Neither characters claim their self-worth. Brienne accepts her perceived ugliness, just as Samwell is positive he deserves every slander for his weight. When reading about characters shrinking away from harsh descriptions, it’s easy for a reader to shrink back as well. Who cares about Brienne’s loyalty and fierceness if everyone around her finds her ugly. Who cares how smart Samwell is so long as he’s fat. Who cares about Roberta becoming a doctor or Chrissy learning how to stop taking things at face value.

Body acceptance has become more prevalent in YA literature. As a youth, I shied away from the Meg Cabot series of Heather Wells investigations (Size 12 Is Not Fat / Size 14 Is Not Fat Either) because, even then, I wondered why it mattered if that main character was fat. If Heather Wells had been a size 18, 20, and so on, was she less worthy to solve cases?

Seanan McGuire has always been vocal about the need to represent other cultures, sexualities, and body types in novels. She’s written blog posts about fat shaming and how she’s never been able to see herself in a novel. She was fat, queer, and neurodivergent. In books, often characters could be one of those things –but never two, certainly not all three.

Readers See Themselves In The Many Worlds Of Seanan McGuire

In Beneath a Sugar Sky, the third book in the Wayward Children series, Seanan introduces us to Cora, a student who used to be a mermaid and is unapologetically fat. Cora always waits to see if she’s the object of ridicule. Throughout the novel her quiet, inward confidence takes form. At Eleanor West’s Home for Wayward Children Cora is never made to feel ashamed of her size.

Cora hurried down the stairs, shoulders hunched slightly inward, waiting for a sneer or insult that never came. In the six weeks since she had arrived at the school, no one had called her “fat” like it was another word for “monster,” not even once.

I was in Grade 2 when I first weighed myself. Grade 4 when I created a weight loss tracking sheet. In Grade 6, my gym teacher gave me bodyweight exercises to do at home. Grade 7 and 8, I hid motivational post-its around my room. They told me that I was fat, disgusting, monstrous. I learned how to be quiet and apologetic. I wanted people to like me, to avoid my Medusa-like exterior and be my friend. I stopped having opinions, I stopped speaking up, I stopped taking up space.

Cora had been fat her entire life. She had been a fat baby, and a fat toddler in swim classes, and a fat child in elementary school. Day after day, she had learned that “fat” was another way to say “worthless, ugly, waste of space, unwanted, disgusting.” She had started to believe them by the time she was in third grade, because what else was she supposed to do

At a young age, I quickly understood the idea of taking up space. Everything I read and saw told me that women needed to be smaller, diminutive. Even in Now and Then, Roberta was physical and adventurous, willing to speak up. As an adult, she becomes a doctor played by Rosie O’Donnell. Adult Roberta seems confident and happy with her life. But none of my friends wanted to be her either. If they were ‘a Roberta’ they’d stress that it was just the teen version, excising that unsightly future.

We see this trend: females feeling pressure to minimize themselves — on multiple levels. On a physical level, girls absorb messages to be thinner and smaller than the next; an emotional level in which women are coerced into cowering in their relationships; a tangible level where our voices aren’t heard as loudly as men’s.

The Proliferation Of The Shrinking Woman

Self worth is cyclical — it ebbs and flows, entirely dependent on the people in your orbit. Without realizing, I surrounded myself with media that focused on women’s weight as a determination of their value. In The Little Mermaid, fat mermaids went to Ursula to find love. She’d slim them down and in doing so, allowed them to find their true love. It didn’t matter if that mermaid had been right beside them the whole time. Love belonged to those who looked like they deserved it.

For a little while, Beneath a Sugar Sky calmed my flurry of guilt and self-hate. I wished I had been as self-aware as Cora as a teen, that I had friends that accepted me without ever wondering if they were thinking how gigantic I was.

I wish Beneath a Sugar Sky had been around when I was a child.

Maybe I wouldn’t have been so sad to be dubbed ‘a Chrissy’. 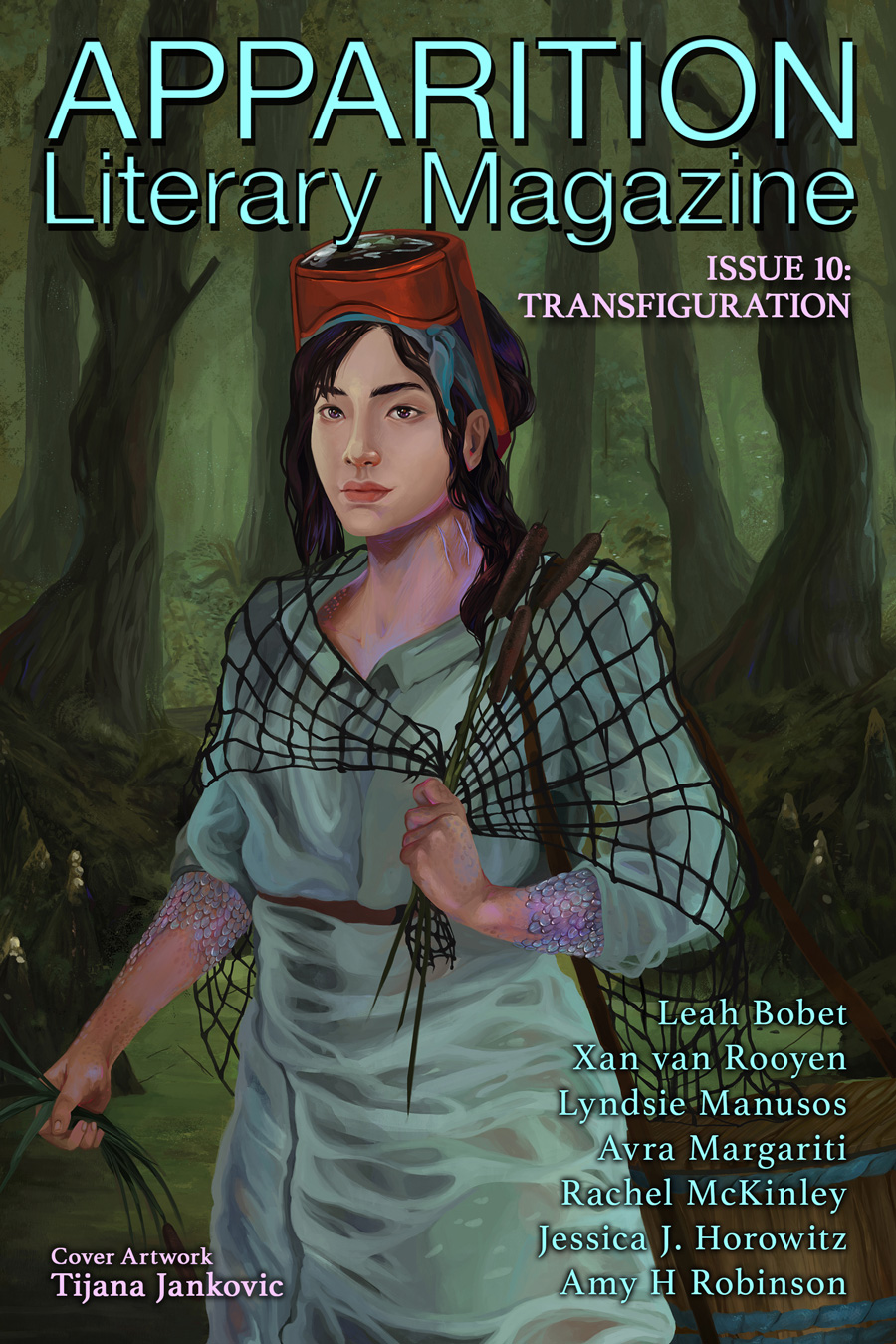