The desert sun burned as Eliana made her way to the large swath of sand chosen as the meeting place. She pitched her pavilion with a murmur of echoes pulled from her home’s plinth and waited inside. How she had been chosen for the task was beyond her. She was still so young. Her name should never have been in the bowl to begin with.

Night fell silent and quick. She made a fire from dead sagebrush and tried not to think of the state of her rations. If the Western Mage didn’t show soon, she would either have to return home—and face humiliation—or die from heat and dehydration. The latter almost seemed like the better choice.

At least the elders would know I tried, she told herself.

The distant squawk of vultures on the wind woke Eliana from a restless sleep. She wrapped a silk scarf around her face and hazarded a glance outside. Several sleek feathered bodies circled above the western hills, their wings cutting wide, black slashes across the sky.

Death was near. Eliana wondered if her rival was bringing him with them.

The Western Mage appeared on the horizon in the haze of late morning heat, to Eliana’s relief and consternation. She wasn’t going to die after all—not from lack of food and water, at least. Small, swift sandstorms slowed the mage’s advance, and it was well past nightfall when they finally stepped into the light of Eliana’s fire.

“I am Certine of the Western Shore.” The woman removed the linen scarf covering her face. Her bronze skin glowed in the firelight, a wisp of lines creasing her mouth and eyes. “I have been commanded by my elders to bring water here.”

Eliana stood and clasped Certine’s wrist. “I am Eliana of the Eastern Woods. I have also been commanded by my elders to bring water here.”

Certine bowed her head stiffly in acknowledgement. “It is too late to begin, and I need rest. Shall we start in the morning?”

“Yes,” Eliana agreed. She cleared her throat of nerves. “It’s bending the rules to share, but my pavilion is already up. You are welcome to join me tonight.”

Certine’s smile was radiant. “I would be honored.”

Eliana barely slept, her ears pricked for any betrayal by Certine, but the other mage slept as though she had never met the word before. When the dawn glowed against the pavilion walls, Eliana dressed and made porridge over the fire. Certine soon roused, and they ate without speaking, their minds on the task ahead.

Certine gazed at the sky. “We should begin before the sun reaches its peak,” she announced.

Using sticks brought for the task, each woman marked off a circle in the sand and stood within their makeshift havens.

“Do you need a refresher on the rules?” Certine asked.

“I don’t.” Eliana kept her expression neutral at the jab at her obvious youth. “I’m as prepared for the task as I’ll ever be.”

Both women reached for the cloudless sky and spoke their home echoes, pulling power from the massive plinths buried in their respective countries. While Certine brought ocean spray and saltwater storms to wet the sand, Eliana brought spring rains and forest dew.

The mages spent hours working at the task, but as the sun set, the oasis they had promised to create refused to emerge. They collapsed in their havens, exhausted. The water they had brought forth evaporated, leaving nothing behind.

Eliana cobbled together another fire. Huddled with their weary arms wrapped around their knees, the mages sat blinking into the flames.

“Why do we insist on doing this?” Eliana cried. “Sending one of our own into this wasteland every year to recreate something none of us remember. It’s an impossible task, and yet, we keep trying.”

“The legends say when there is water to share, our peoples will be reunited,” Certine murmured.

“There has to be a better way than this, though. Something we’re missing.”

Certine stared out at the darkening landscape. “There is something missing here.”

“Besides water, you mean?”

The Western Mage laughed, a bubble that warmed Eliana’s chest. “There aren’t any plants. There’s sagebrush, yes, but nothing truly alive. Nowhere for the water to live.”

“Bugger the rules!” Certine exclaimed. “I think it’s time we broke them.”

She strode back to her haven, and with a sigh, Eliana stepped into hers.

“Let’s do this together,” Certine said. “Think of the flora of your home, and I’ll think of mine. If we combine their essences, we might create something new. Something that could thrive here.”

“A way for us to unite beyond the legends,” Eliana whispered, her heart pounding.

The women pulled echoes from their plinths once more. Their powers twined until they formed a tiny sapling. When the plant’s roots touched the sand, it grew and thickened, turning a sage green. A multitude of limbs stretched from its trunk, each of them covered in spines and delicate white blooms. When the new tree reached a few meters above their heads, they released their echoes and circled it, gasping for breath.

As the Eastern and Western Mages packed up to leave the next day, the vultures returned, alighting on the new desert tree. They squawked and trilled as though they could not contain their joy at a new resting spot.

“I thought they were portending death when I saw them before,” Eliana confessed. She gave one of the tree’s blossoms a tentative sniff. “But now, I think they’re a sign of life.”

Amanda Cook lives in the middle of the southern Indiana woods with her spouse, kids, and one small, clingy dog. Her short fiction has been published or is forthcoming at Etherea Magazine and Page & Spine: Fiction Showcase. Her climate fiction novel, When We Were Forgotten, won the 2018 Bronze Medal Independent Publisher Book Award for Best Sci-fi/Fantasy/Horror E-book. She can be found musing about writing, parenting, cosplay, and life in general at acooksbooks.com.

The Impossible Task of Bringing Water is the winner of the Apparition Literary Magazine January Flash Fiction Challenge, which was based on January 2022 Photographer/Image prompt:  Graciela Iturbide 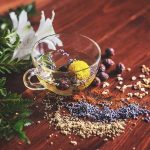 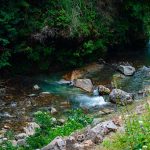