Hukmi Kaur was getting married.

Her grandmother Ravi Kaur had told her that “soni–ji’s” (pretty ones) like her sister Deepi, married whomever they wanted. “Teeri-ji’s” (squinty ones) like Hukmi, were lucky to find a widower who wasn’t picky.

Hukmi and Deepi were twins. Hukmi was older by fifteen minutes. She had paid dearly for that first victory over her sister, too.

Omkar Kaur, the twins’ mother, had a difficult delivery. On a hot night in the summer of 1953, Padam Singh had rushed his wife to the hospital in a cycle rickshaw. Hukmi’s head was stuck in the birth canal. In the hands of a novice doctor, the forceps slipped and injured Hukmi’s eye.

Deepi, however, was perfect.

In a world that determined a girl’s worth by her looks, even their family treated the sisters differently. Deepi grew up getting whatever she wanted, while Hukmi learned to want only what her sister discarded.

At nineteen, the girls were as different as twins can be. Hukmi braided her hair, Deepi kept hers loose. Deepi wore t-shirts and bell-bottoms, Hukmi wore traditional salwar-kameez and used the dupatta to cover her disfigurement. Hukmi never knew what to say, but Deepi could charm awkward teenagers and irascible aunty-ji‘s with equal finesse.

Soon, marriage proposals arrived for Deepi. Parents of eligible bachelors would bring their sons over for tea in a time-honored practice called ladki–dekhna so they could meet the girl.

Hukmi would retire to her painting shed on these occasions. That’s where she was when the Grewals came to visit.

Deepi had seen Daman Grewal at a wedding and fallen in love. Urged by her, Omkar had invited the Grewals to tea that Sunday. When they arrived, Deepi was still getting dressed, so Padam Singh showed his guests around the garden. Daman drifted away and came upon Hukmi in her painting shed.

She scrambled for her dupatta when she saw him leaning against the door. But Daman didn’t stare at Hukmi or look away embarrassed like others did. Instead, he asked about her painting. They chatted until it was time to go in for tea.

“You did it on purpose, didn’t you?” Deepi screamed at Hukmi the next day. “You turned him against me!”

Ravi Kaur slapped Hukmi across the face. “What magic did you use to seduce your sister’s intended, you witch?”

Omkar Kaur, for once in her life, defended her firstborn. “It’s not her fault that Daman chose her!”

Padam Singh knew his next words would sting Deepi even more, but they had to be said. “The Grewals have asked for your hand too. For their younger son, Harnaam. It’s a good match, so make your peace with it!”

That night, Hukmi dreamed of the red scarf for the first time.

Deepi had given in on one condition: there would be no double wedding. Deepi and Harnaam would be married first. Hukmi and Daman, three months later.

Hukmi was the only one who sensed a trap. “You don’t know Deepi as I do,” she said to Daman. “She’s planning something.”

“What will she do,” Daman teased, “seduce me after she marries my brother?”

Hukmi laughed. She could never be worried for long when she was with Daman. But the feeling of impending loss stayed with her.

That night, she dreamed of the red scarf again. This time, she could see the gold embroidery more clearly.

Three months later, dressed in bridal red, Hukmi sat next to her groom in front of the Guru Granth Sahib. It was a simple wedding, just the ceremony at the Gurudwara, followed by a meal for the family in the Sikh temple.

By contrast, Deepi’s wedding had been a lavish affair. After the week-long festivities, the sisters had hugged each other during the bidai, when the newlyweds bid farewell to the bride’s family.

She hadn’t understood then. But as Hukmi turned to look at Daman, and he averted his eyes, she knew that Deepi had succeeded.

It was time for the Palla Rasam. The bride’s father was supposed to take the end of the groom’s scarf and put it in her hand. Hukmi would then follow her husband-to-be four times around the Guru Granth Sahib. At the end of this ritual, called the Lavan, she would be his wife.

Padam Singh’s hands trembled so much that Omkar Kaur had to help him place the red scarf in Hukmi’s hands. Did they remember the first time they had done this, at Deepi’s wedding, or were their tears for the last time they had seen the scarf on Deepi?

As she started walking around the Sikh holy book, Hukmi felt the scarf slip. Had the silk felt as smooth on Deepi’s skin, or had it burned as it tightened around her neck?

Deepi had come home for a visit after her honeymoon. That night, woken by a sound, Hukmi had gone to Deepi’s room and found her hanging from the ceiling fan. The limp legs, at eye level, seemed so out of place that Hukmi’s brain refused to process the image. Then she saw Deepi’s face, framed by the straight black hair, open as usual. She screamed when she recognized the red and gold design of Harnaam’s scarf from Deepi’s Palla ceremony, the same one from her nightmare. Deepi had fashioned a silken noose from it.

Padam Singh had cut down the body. Omkar Kaur had untied the scarf, coiled four times around her daughter’s neck. Ravi Kaur had held her soni–ji‘s feet and wailed.

After Deepi’s death, the elders had decided to honor the Sikh tradition of Kareva, where a widower marries his wife’s sister. As Hukmi and Harnaam completed the Lavan, Daman walked out of the Gurudwara. For a moment, Hukmi thought she saw Deepi walking a step behind him. But that was just her imagination.

M. Kaur is a learning strategist turned creative writer. She is writing a collection of short stories based on her family’s experience during the partition of British India in 1947.

The Red Scarf by M. Kaur is the winner of the Apparition Literary Magazine January Flash Fiction Challenge, which was based on the featured image: Spiral Woman by Louise Bourgeois 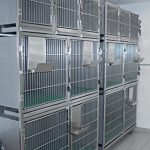 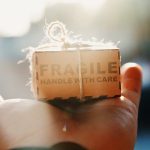