Marguerite’s bedroom glows under the light of hundreds of tiny bugs. Each one signals, out of sync with the others: go, go, stop, go, stop, stop. She gazes at what she’s dubbed “the fairy bugs,” tries to cup her small, pudgy hands around a hovering cluster. But my four-year-old niece’s intention to be gentle is no match for her lack of fine motor skills. I cover my mouth to hide my laughter at the sequence of emotions–first surprise, then annoyance, then disgust–that quickly play across Marguerite’s face, as she wipes the goo from dead, smooshed lightning bugs on her pink and purple heart-patterned pajama top.

No adult would display such raw emotion. Too risky these days: those who are free with their emotions are also apt to manifest other less desirable, and far more unwelcome, traits. Best not to encourage it at all, most say, tamp it down early, even behind closed doors. In denying the reality of magic and making it an enemy, we’ve become a country addicted to make-believe.

But tonight I’m feeling rebellious, so I make more lightning bugs appear. Because Marguerite will find out soon enough that the world is ill-designed to suit her wishes, much less her needs. Because it’s wearing, the anxiety and dread that runs under the surface of my so-called normal life and I need a break from pretending to be someone I’m not. Because my magic is a small, pointless thing but through it I can nudge the state of the world in a messier and happier direction. Even if that world is the size of my niece’s bedroom and the change only lasts the length of an evening filled with the lazy gyrations of lightning bugs.

“Show me,” Marguerite demands and puts her small hands on top of mine. I show her, I always do, even though my brother asks me not to. It’s too dangerous, he says, a neighbor might see and report us. But the blinds are drawn tight, as they are without fail on the nights I visit. Besides, I’m an auntie, I always reply, it’s my prerogative to be a bad influence. My niece watches my hands, first as they glow and turn golden, then as the magic pulses warm and liquid under the surface of my skin and then as the bugs emerge from my fingertips like beads of molten glass dripping from the end of a tube.

Hard to say whether it’s the question itself or the hushed awe and longing in Marguerite’s voice that puts a pang in my heart. “Yes, someday, when you’re older,” I lie, “I’ll teach you, Mags.” I hope against hope that she’ll lose interest, even as she asks me about the gift with increasing frequency. I hope that the magic will skip her generation; it’s rare, but not unheard of. And as stupid and irrational as it is in face of the facts, I hope that by the time Marguerite is on the edge of young adulthood, the world will be a place where I can teach her, in the daylight, the blinds open wide.

Marguerite waves her hands in the air, twining them around the lightning bugs, as if conducting them in a silent symphony. And they seem to follow her direction, dancing and weaving between her small hands, a paper-thin distance away from touching her skin but never connecting. She starts to hum and the bugs flicker like candles. Their rear-ends begin to telegraph their phosphorescent light with new unity.  My niece makes a happy, grunting sound in her throat, flops on her bed, raises all four limbs in the air. The fairy bugs follow her movements.

The bugs have never done that before, at least not for me. I can tell by the unconcerned delight in her eyes, the easy way she moves her hands and feet, that my brother is unaware of this development. The thought of being the one to tell him, of being the one responsible for replacing Marguerite’s sense of wonder with fear, makes my stomach clench.

I keep watch over my niece and her symphony of lightning bugs until Marguerite slumps into sleep and the last bug light fades away. Then I step out into the living room, say goodnight to my brother and his wife, and begin the short walk back to my apartment.

“Tomorrow I’ll tell them,” I murmur, “Tomorrow is soon enough.” Taken over by an impulse I can’t name, I push my coat sleeves up to my elbows and magic a stream of lightning bugs onto the deserted nighttime street. Then I stand still, heart pounding, and watch the bugs bobble and float along the sidewalk, the lawns and up into the tall trees, only half-caring who sees.

Nicole Lungerhausen‘s flash fiction and short stories have appeared in Abyss and Apex, A-Minor Magazine and Red Weather. She holds a B.A. in both creative writing and theater from San Francisco State University. So far during her time on this planet, she’s been an actor, a non-profit fundraiser and a terrible seller of Girl Scout cookies. Nicole currently does all her writing, daydreaming and living in Greensboro, NC. 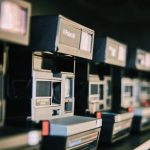 The Lady of Light 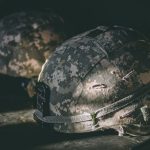