Many moons ago, as I was flying from one continent to another, as I lurched through each part of my journey in a dissociative miasma of exhaustion, I ended up in Frankfurt for a layover that stretched over eight hours. This was three years after 9/11, and I was a brown woman on a visa from a brown country, so security-paranoia-gymnastics dictated that I could not leave the airport. I was more or less numbed to the precise cadences of this theater, so I settled into a bank of seats in a crumbling terminal.

I laid there for a while, watching the evening slide into night through the glassed-in walls. I was unable to sleep or wake, so I opened Ursula K. Le Guin’s short story collection Changing Planes, for the first time. I bought it for my trip as I had found the title amusing, but then I came across this line and my world cracked apart like an egg.

The airport offers nothing to any human being except access to the interval between planes.

I suddenly felt very seen. As I kept reading, a burnished, glowing sensation began to pulse under my skin. On that day, Le Guin not only bottle-capped the exact situation I was in, but also parsed the complex knot of feelings I had deadened in order to navigate my long travels.

And that is what you can expect with the Wanderlust issue, with each gorgeous piece tapping into profound emotional depths that contain multitudes. The narratives thrum with movement and stasis, worlds and ethers, slippages into planes and states. But ultimately, they are tethered together by a yearning that strikes at the beating core of what Wanderlust stands for—a feeling, above all else.

Along with the fantastic Apparition Lit team, I’m incredibly excited to share these pieces with you—these shining, mirrored universes unto themselves. And as you read this issue, I hope you find yourself being captivated by the elsewheres and the heres and the quiet in-between spaces of your choosing.

M.L. Krishnan originally hails from the coastal shores of Tamil Nadu, South India. She is currently the Marketing Director of khōréō, a quarterly magazine of speculative fiction and migration. She is a 2019 graduate of the Clarion West Writers’ Workshop, and her work has appeared, or is forthcoming in The Best Microfiction 2022 Anthology, Death in the Mouth: The Best of Contemporary Horror, The Offing, Apparition Lit, Baffling Magazine, Paper Darts, Sonora Review and elsewhere. Her stories have been nominated and shortlisted for the Stabby Award, Best of the Net, the Best Microfiction Anthology, the Bath Flash Fiction Award, and more. You can read her work on mlkrishnan.com, or find her on Twitter @emelkrishnan. 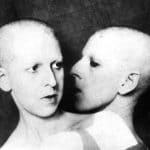 Six Steps to Become a Saint 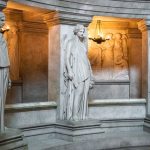