There are those who will tell you Dolores never existed. That she’s a myth or a legend invented to explain the Change. Do not believe them. Dolores was real, as real as you or me. I know because I saw her.  I was there the day she cried.

The world then was not as the world is now. There were years of wild and wailing storms, tornadoes by land, hurricanes by sea. Then the rain stopped falling and the land grew dry and parched. Water, once free for all, grew precious and, as was the way in those days with all precious things, became the property of the few. People died of thirst. Towns evaporated. Farmland became desert. The oceans grew too hot and heavy and salty to move. When the oceans stopped moving, some land froze, some land burned. The green spots, like the water, were owned by the few.

Dolores was simple, like you and me, an Expendable, in the hard vocabulary of the New World Masters. She lived with her family underground. Above them stretched the growing fields, tended by machines with unfeeling bodies built to withstand the scorching heat. The most delicate fruits and salad greens, grown for the Masters’ tables, still required the gentler touch of human hands at harvest.

Imagine Dolores, deep in the Earth, watching her mother slap a tortilla and slide it with care onto a ragged piece of metal balanced over a small fire.

Dolores obeys. Smoke rises in the air like ghosts. She watches her father fix a rusted bicycle. He smiles at Dolores, a bright crescent in the cracked, blackened furrows of his weathered face. For the hundredth time, his hands smooth the tattered map he has made, tracing her route. Dolores nods respectfully, though the map is etched already in her mind; she sees it in her dreams and whenever she closes her eyes. Her mother stacks tortillas in a square of cloth ripped from an old shirt, tucks them into the backpack strapped onto her daughter’s shoulders. She then makes the sign of the cross over Dolores’s head, again and again, until her husband’s hand stops her.

A full moon is rising in the vast, dark sky as Dolores pedals off toward the ancient highway. If all goes well, she will arrive in the city by morning. Her father’s loaded gun bumps against her hip, in case of thieves, for there are known to be many thieves along this road. Dolores feels calm. She has made this journey many times in her imagination. She will go, and she will win, the first from her valley ever to win the competition. She will win in the valley, then go on to state, and from state to nationals, and from nationals to the stadium in New World City, and when she wins the world title, sparkling rainbow raindrops will fall upon the world, and she and her mother will never have to cry again.

Her legs are strong and she makes good time. The moon above her lights her way, reflecting silver off the panels of the sleeping solar fields. Dark shadows move among them, and suddenly she is surrounded by yipping coyotes, nipping at her bare and calloused feet. Dolores reaches for the gun and shoots the frontrunner. The rest of the coyotes yowl and fall behind. She can see other shadows, gliding along walls of abandoned gas stations and places that once served fast food, but no one approaches her, warned off, perhaps, by the gun’s echoing threat. By first light she arrives at the arena.

The weatherman from the local news is serving as MC, standing before a camera on a small platform in the center of the arena. Behind him is a giant screen, his image magnified to mountainous proportions. He reads from a tiny teleprompter embedded in the frame of his glasses. Dolores stands among the contestants nearby, but she cannot understand the words he is saying. His voice echoes, amplified, waves of sound crashing around her. Dolores undoes the top three buttons of her cotton blouse. A woman in a white lab coat with black lacquered fingernails spreads cool gel from a tube into the dip between Dolores’s small breasts. She attaches the sensor.

In the clear sky above the arena, the small cloud that appeared during the previous contestant’s effort breaks apart in feathery ribbons and fades off into the blue. Seeing this, Dolores feels her confidence rise. There are fewer than a dozen contestants, but the witness crowd is large. The people hush. Those who have implants think the command; those with devices move their thumbs. It will be the same procedure at every level of the competition. Only the size of the witness crowd will vary.

Dolores shifts her awareness down into her chest. The focus of her eyes grows soft, but she does not close them. The chatter in her mind falls silent. It is not a matter of thinking; thought and knowledge are of no help at all. The connection she is seeking is beyond words, beyond facts, even beyond the reach of the stories the old ones have told her since she was small. It was their stories that first led her to the gate, but stories alone cannot open it. The key is a mystery; a gift she has been given, her mother says, from God. How it fits into the lock she cannot explain, cannot describe in words. She only knows, the way she knows she is alive, the way she knows to breathe, the way she knows she is destined to win.

Her part is simply to relax. Her breathing grows deeper. Her belly rises and falls. She feels the power of the witness crowd gather, as if they are poised together on the edge of a tall cliff. Then the gate flies open and her tears begin to flow. Somewhere on the edge of the arena, a woman sobs softly. The weather man whimpers once, then twice. In the sky above, grey clouds gather, bunch into mammatus, dark heavy pouches that start to drip.  The weather man raises his umbrella over his head, and in a single movement, the witness crowd follows, the whole arena blooming like a garden of opening flowers. Dolores sits very still and allows the tears to flow, out of and through her, from her to the land surrounding them all. The weatherman approaches her, his blue eyes dewy and ringed in red. It is just as she dreamed. She knows before he shakes her hand and congratulates her, the witness crowd thundering, that she has won.

When Dolores next competes, thirteen thousand people witness and it rains all over the state for seven straight days. She is approached by sponsors. She accepts the offer of the very first one who agrees to move her family to a green spot. When she cries at nationals, it rains from coast to coast for forty days and forty nights.

New World City astounds Dolores. Her sponsors put her up in a hotel room high in a skyscraper where, from behind a sealed glass window, she can see people like insects scurrying along the sidewalks below. At night the earth becomes a second sky, a dark lake lit by shimmering constellations of shifting light. Her sponsor’s scientists continue to study her, poke her to extract vials of her blood and saliva, peer at and ponder her cells under high-powered microscopes, each racing to be first to synthesize her mystery.

The world competition coincides with the annual conference of the New World Masters. From every country they arrive and gather to watch from box seats high above the stands. They cheer on their competitors; they toast one another with champagne. One hundred times the witness crowd will hush, one hundred times one hundred thousand eyes will lift and scan the sky, umbrellas opening and closing in waves of growing disappointment. Dolores, as before, competes last. She takes her place. Again, she is calm. Again, the crowd is with her. The sun is blotted out as a blanket of clouds enshrouds the whole planet, and when the first teardrop falls from Dolores’s eye, it begins to rain, everywhere in the world, at once.

The crowd is still cheering as Dolores slips away, away from the cameras and soggy confetti, out of the arena onto rain-slicked streets. It is all as she dreamed, even this. She makes her way to a vacant park. She sits on a bench and quietly waits for the one who follows, the one who must come. She feels a coldness against the smooth skin of her temple. I squeeze the trigger. The gunshot echoes among the trees. On the earth where she falls, blood pulses out a halo of red.

This is where the milagro occurs.

Gravity, for a moment, is reversed. The body of Dolores rises on the rain and is taken up into the arms of the clouds. There she colors the raindrops, paints the clouds, stains the sky with a rainbow shimmer. The body and blood of Dolores, transformed, rains gently down upon the whole round Earth. In the driest places, the ground sucks it in, down and down, until it reaches the hardened heart of the Earth herself. The walls surrounding the Earth’s heart tremble and begin to shake, and as they shake, they shatter. The terrified Earth calls out to the ocean. He shakes off his slumber. Great cycling currents resume their former flow. A crack splits the granite, deep beneath the New World City, and suddenly it gives way. Tall buildings tumble like castles of sand. From every side, the waters rush in. The city is flooded; it disappears beneath the roiling waves. The New World Masters are masters no more. They float, bodies broken, and wash out to sea, where they circle us still.

Dolores too is with us, still, those of us who were spared, in the waters of our bodies, in the streams and in the rivers, in the rain that falls, gently now and in season, sustaining all things that live. When it rains, we remember her, with our tears like the ocean, Dolores and the day the whole world cried.

Tara Williams is an MFA candidate in Creative Writing Fiction at Fresno State University. She also holds a doctorate in Education. Past accomplishments include her family, a Diane Thomas Award in Screenwriting, and making kugel for Harlan Ellison. This is her first fiction publication.

A Word From Our Editor 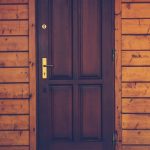