It’s the early 2000s  and I’m sitting in my college Language & Thinking workshop as we share creative non-fiction based on where we grew up. When I finish reading mine, my crit partner looks slightly disappointed.

“I was expecting something more… you know.” She gestures at me. “Cultural.”

Wonder: verb – to be curious about, to desire to know

I’ve always loved stories. Reading them, telling them, acting them out through long excursions through the woods, swinging sticks like swords as our small pack of neighbourhood kids set out on epic quests with nebulous but lofty goals. Stories allowed me to view the everyday world through a lens of pure wonder, driven relentlessly by the perpetual question: what if?

Like many writers, I began my foray into the world of SFF through reading. Growing up, my shelves were full of swords and sorcery, kid-horror and dozens of dog-eared Choose Your Own Adventure books that I now realise were the gateway to creating my own stories. Even before the events that would lead to a less than idyllic home life, I gravitated towards anything that could pull me out of the mundane world, and while I read my fair share of Boxcar Children and Judy Blume, in my heart I craved anything that let me escape to more fantastical realities, with magic and monsters and clearly laid out problems that could be solved with the right amount of heroic gumption.

When I started writing my own stories, it only follows that I dove straight into the realm of speculative fiction. As fascinating as the real world was, there was always something more that could be added, something deeper and richer and more wondrous.

I think that, even as I began to explore creating , I was attempting to build a space for myself that didn’t exist. Instead of trying to figure out where I belonged in a neighbourhood where I didn’t look like any of my friends, where I was caught between what felt like two conflicting parts of my identity, I could take the simpler route: creating an entire world from scratch, where none of those differences mattered.

My parents never tried to separate me from my heritage, even going so far as to bring me to Korean cultural events specifically designed for adoptees and other diaspora children. I was encouraged to learn more about my birth country as I grew older, but in the days before widespread home internet, the kind of detailed information I was interested in wasn’t readily available. So I grew up with only a handful of stories, some colourful illustrations and a deep appreciation for seasoned soybean sprouts and bulgogi. Was I curious to know more? Of course. But in the end, it was easier to embrace what I was surrounded by every day.

That day in freshman workshop, sitting across from my expectant crit partner, was the first time I considered that the distance between me and my heritage might be considered odd. International friends were surprised at how little I knew about the country of my birth. When I mentioned it in passing to my first year advisor, she gently pointed to Asian Studies courses to round out my curriculum.

And so, driven by a curiosity that was only partly my own, I made a concerted effort to find out more about this part of me that had begun six thousand miles away. And, as with everything else, I started to incorporate what I found into my writing.

But no amount of research or student connection or even blood in my veins is enough to dispel the persistent doubt: Am I Korean enough to write Korean stories?

As a speculative writer, a lot of my focus is on looking at old stories in new ways, pulling from the traditional and applying that endless what if? In doing so with Korean mythology, am I trying to lay claim to something that isn’t mine? What right do I have to alter this culture that didn’t shape me, to reshape these stories from a country I left before I was old enough to hold a memory?

When I was writing to an audience limited to the seven other people at the workshop table, it wasn’t a significant issue. But when I started submitting work and getting published, new doubts arose. Would I be looked down on by those closer to the sourceland? Derided for “getting it wrong”? I spent hours researching even the smallest cultural reference, afraid that if I didn’t get every detail exactly right, I would invalidate my writing and, by extension, myself.

Wonder: noun – the feeling caused by something surprising, beautiful, or inexplicable

I’m not able to point to any single moment of revelation that cured me of these doubts. To be honest, they never fully went away. I still find myself second guessing my own authenticity. But I’ve been helped and heartened by the growing prevalence of writers from the Asian diaspora, many of whom have been open about their own diasporic experience. Reading authors like Aliette de Bodard, Nghi Vo, Fonda Lee and June Hur and seeing how varied and brilliant their work is has helped me understand that it’s not a question of being “enough.” I was attempting to judge myself by an imaginary quantitative standard, when the reality was qualitative. To be diasporic isn’t to be a diluted version of an original, it’s to be its own entity, with its own facets and nuance. And that is enough.

I will never write from the same perspective as someone born and raised in Korea and that’s never been my goal. Instead, I write from where I stand, not pulled between two places, but firmly in the space that spans them both.

Cultures are not rigid, static structures.

They’re constantly changing, shifting with the experiences of the people who comprise them, and their stories do, too. Diaspora writing is a natural part of that growth, not a usurpation or a corruption. A function of myth has always been to explain, to give shape and form to our experiences and make sense of the world around us. In reshaping traditional stories and myths according to my own diasporic experiences, I’m not taking away from the original source, but adding new growth.

And always, I strive to do so with respect. My love for stories never stopped and that encompasses those from my Korean heritage. I write from that same love, from that driving curiosity, that sheer wonder. Every time I fit some aspect of Korea into my work, it’s to pay homage to the impact it had on me, the way it shaped me as I grew into both my identity and my craft.

My roots are integral, but so is the trunk they nourish, the branches, the leaves that stretch up to infinite heights, carrying me across oceans while still keeping me connected, however distant, to the soil where I was born.

Jessica is a Rhysling Award winning SFF writer of short fiction and poetry. Born in Korea, they currently live in New England, where they balance their aversion to cold with the inability to live anywhere without snow. Previous work has appeared in khōreō, Flash Fiction Online, Fireside, ApparitionLit and others. They can be found at semiwellversed.wordpress.com and on Twitter: @wordsbycho

Photo by Jason Weingardt on Unsplash 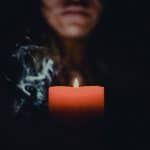 What does "Charm" mean to Apparition Lit? 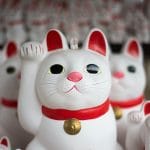