Way back when emails were a newfangled thing, and none of us knew how thoroughly our ways of connecting with each other would change, I set up an account on one of the first public webmail services. I was warier back then, not sure whether I wanted my real name attached to the account, so I searched for something to use as a proxy. I stumbled upon the ancient Greek word nostos (return, homecoming) and its plural form, nostoi, and thought — yes, this is it.

Though I have a Greek surname, I don’t speak Greek — I speak Spanish. I chose the word not in tribute to the Greek part of my heritage, but because in its singular form it reminded me of the Spanish word for us — nosotros. In its plural form, it also conjured up the phrase “no estoy,” which can mean “I’m not here.”

I’ve always loved playing with words across languages, but the choice was a bit deeper than mere play.

We moved to the United States from Guatemala when I was fifteen, after the undeclared civil war that had been raging there for decades directly impacted my family. It would be years until we felt safe enough to return to Guatemala for a short visit. And it would be a couple of decades before I stopped thinking of Guatemala as the home I longed to return to. No estoy. Nostos.

Nostos, of course, is one of the roots of the word nostalgia — the theme of this issue.

We most often use the word to mean an authentic-but- fleeting connection to the past, like what is elicited when a song we remember pops up unexpectedly in a soundtrack (hello, “Running Up That Hill”). We also use nostalgia as shorthand for something mired in a cloying, syrupy sentimentalism. Or, sometimes, to explain (and sanitize) populist political rhetoric across the globe which wields “the way things were in the past” as a truncheon.

For the writers in this issue, nostalgia is much more complex and dynamic; it’s found in video arcades and on the skirts of erupting volcanoes. It’s in a chosen name and an unsprung feather, an interstellar gift and a phantom limb, in our suddenly misbehaving bodies.

I’m extremely grateful to the editors of Apparition Lit for so enthusiastically publishing Spanish-language speculative fiction in this issue. It has long been my hope, as both a speculative fiction writer and as a journalist, that multilingual publications become the norm, not the exception in the US. Maybe, if we’re lucky, multilingual publications will become as ubiquitous and indispensable as email, and you’ll all be reading a guest editor in Apparition Lit’s bizillionth issue, waxing nostalgic about the early days of the transformation.

Until that time, read the stories and poems in this issue. Share them, talk them up, nominate them for prizes. They are deserving. They are amazing.

And let’s keep working together to understand nostos as nosotros, and to change no estoy into aquí estamos y no nos vamos (we’re here and we’re not going away).

For everyone, in every language.

Sabrina Vourvoulias is an award-winning Latina news editor, writer and digital storyteller whose work has appeared at The Guardian US, PRI’s The World, NBC Philadelphia and Philadelphia Magazine. She currently serves as the senior editor of the Communities and Engagement desk at the Philadelphia Inquirer.

She is the author of Ink, a near-future, immigration- centered dystopia which was named to Latinidad’s Best Books of 2012, and was reissued by Rosarium Publishing in 2018. In 2020, she wrote the Smithsonian Latino Center’s middle-school nonfiction anthology, Nuestra América: 30 Inspiring Latinas/Latinos Who Have Shaped the United States. In addition to books, Vourvoulias writes speculative short fiction which has been published at Tor.com, Apex Magazine, Fantasy Magazine, Strange Horizons and Uncanny Magazine, among others.

She lives in Pennsylvania with her husband, daughter, and a dog who believes she is the one ring to rule them all. You can follow her at sabrinavourvoulias.com and on Twitter @followthelede. 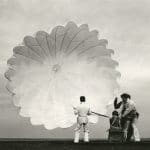 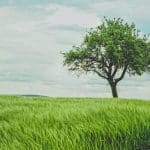