Every week after his father dies, Borla goes to the plain.

Knees planted in the flat ochre dust, he casts his balloon into the air and waits.

This was his father’s airsuit. The pits are discolored, the harness frayed, the emergency knife rusty round the handle. He imagines it still smells like ship’s tar and saltwater, although his father last wore this suit over twenty years ago, when his own father died.

The difference is, it worked for Borla’s father.

Borla feeds the line out through his bare hands, feeling it bite reproachfully into his skin. Will this be the day he hears his parents’ voices on the wind? The day his sorrow will carry him off the ground at last, becoming weightless, becoming light? To his left, the recently widowed Rokel is already swooping into the air, her head arched back in the blue dawn.

In the breezeless air, Borla’s balloon starts to move, unfolding like the bell of a jellyfish. His lungs seize once, as always, with a wild hope.

And, as always, the balloon stops. A blank shell of white.

Grief enough to fill a balloon—but no more. His feet won’t lift off the ground, not an inch. Even now, he thinks, I’m still not enough.

When Borla finally stands, he can’t look at his cousins, who have trudged loyally to the plain for the past sixteen weeks, while the rest of the family pretends he doesn’t exist. He can’t look at Senska, his anchor, who will tend the rope burns on Borla’s hands when they are alone, and kiss each one.

The balloon wilts. Borla reels it in and folds it. Above, Rokel is still drifting among shreds of cloud, eyes closed as if in blissful sleep, her arms flung out as if to catch something she thought she could not hold.

As a boy, Borla loved to watch the balloons bobbing and darting in the air like rainbow kites. He would perch on the cottage roof with his cousins, taking bets on who would rise highest, or if the flocks of passing geese would puncture some unfortunate balloon like a soap bubble.

There are some balloons that don’t return at all. They keep rising, rising, until they hit the cloud layer and pass through it, gentle as a fish mouth breaking the pond’s surface. The priest calls it a perfect communion with loss.

When Borla comes back to the village, too late for his father’s funeral—an empty coffin, buried in the graveyard for sailors lost at sea—he finds his mother gone; beds tidied and floors swept, nothing left of her balloon save one perfect scrap of gold.

“What do you think is up there?” he asks Senska, when they are curled together in bed. Borla moves aside the oilcloth they have pinned over the window, so they can see the night sky drenched in stars. “Who?”

Senska’s city grieves its dead with sand and earth. It is a city where men who love one another do not walk in the shadow of raised fists. It is further, Borla thinks, than his father could ever go.

Yet his father’s ship had wrecked on a strange route, not terribly far from that same city. Was he searching for me?

The flyers that come back to earth return with answers, blessings, truths. A premature widow wipes her eyes and knows she will love again. An elderly man cackles when the wind bounces him in his harness, a final jest from a brother.

But for Borla, his grief fills him like a stone.

Senska stares at the sliver of sky for a long time. The moonlight wavers, a narrow pale finger tracing the path Borla’s touch laid earlier, from eyebrow to lip to collarbone.

In the seventeenth week, Borla’s aunt finds him on the plain.

“Maybe it’s because of the extra ballast,” she says loudly, hands planted on her hips. His cousins hasten their mother away, but the damage is done. Borla knows she means Senska, with his steady hands and dark eyes.

The balloon is billowed open beneath a storm sky. Without his cousins’ aid, the weight of it burns down Borla’s arms and back, like the phantom of his father’s belt.

To sail, his father’s stern memory instructs, get rid of what anchors you.

The balloon flares. For the first time, Borla feels the ground begin to slip beneath his toes. Someone in the crowd exclaims.

Borla looks up—not at the sky, but at his lover’s face. Senska has not let go, but his gaze is fixed downward, in the way of his people when they are mourning something already dead.

The ropes part for the blade like onion skin. The balloon shudders and sags. Freed of Borla’s grip, a sudden gust rips it away and blows it scuttling across the plain, away and out until it passes from view, limp and soiled as a handkerchief.

Somewhere in the crowd, a child whoops, and is immediately shushed.

Borla does not see it go, and if the wind hisses anything to him, he does not hear it. He is leading Senska away hand in hand, his knees filthy with bright dust, his shoulders lighter than they have ever been.

A.M. Guay is a writer of speculative fiction and poetry, with previous stories published in khōréō and Corvid Queen. Born in Paraguay and raised in Brooklyn, they currently live and work in Chicago. Find her on Twitter @anamguay or at amguay.com.

The Plain is the winner of the Apparition Literary Magazine September Flash Fiction Challenge, which was based on the Photographer/Image prompt: Margaret Bourke-White 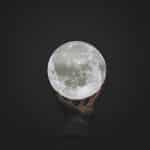 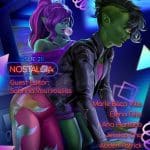