There is an organic energy to commissioning cover art. I can start with a vision or direction, but the artist is the one that leads. Paths diverge, go uphill or downhill, and there are times we end in a completely different place than intended. For the Contamination cover art, I was inspired by photos from the Avenue of the Baobabs in Madagascar. The trees are thick and stretch up into the sky. In the dusk, they seem otherworldly.

Erion created three concept images, each with vastly different energies. The first was serene: a woman in the distance, balancing weight on her head. The second was almost joyful: a woman surrounded by birds, staring directly at the viewer. The third was prideful: a woman, head down, smoking a pipe, possessing  the answer to every question you’ve ever had.

I wanted something peaceful to balance the bright colours and active nature of the past two covers. I asked Erion to proceed with the first image and its baobabs, and we decided on a peaceful blue morning—with light blues waking up the scene. 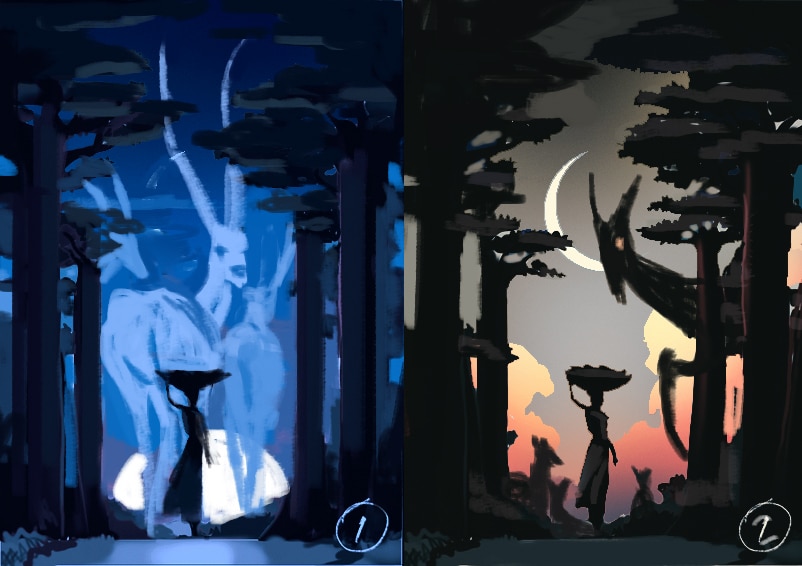 However, I quickly  realized we were missing the speculative element to the image. I launched several suggestions: adding two moons, changing the colour of the trees, placing a ship in the sky. Erion expanded on my suggestions by adding large antelopes behind the baobabs, with the woman’s path leading to them. We now had a fantasy inspired image to further contrast from the last covers.

Cover art finished, right? As Erion finalized the piece, a similar but more striking idea took hold. The colour scheme was darker than I had wanted and didn’t have the baobabs from the original conceit. She reached out and wanted to know if I was interested in this new design:

I’ve been experimenting a bit with the illustration to see if it could be improved and stumbled upon this composition. I really like how the pure black sky contrasts with the antelopes, but it’s missing both the baobabs and the lighter color palette you liked before.

As the majestic baobabs shifted into alien antelopes, the image balanced between menacing and peaceful. The darkness of the sky and the brightness of the moon made the woman look small but also stand out in negative space. The shapes were obviously different but the feel was the same. 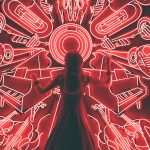 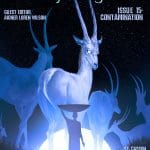