The chattering of langur monkeys broke into guttural cries, a persistent alarm as something prowled through the emerald jungle. Dev and her crew exchanged looks and  kept their bare feet planted on the banyan tree’s snaking branches. She tapped her trigger finger against the side of her rifle, sweat dripping down her nose.

Between the waxy leaves, she scanned the elephant grass laced with trees. The Tiari’s annual visit had come. Dev had confirmed it yesterday, watching them close the crimson sails of their skimmers like the plumes of a flamboyant bird settling into a nest. This was her home, not theirs. She would make this visit their last.

Chara, one of Dev’s scouts, tossed her a mango, its soft skin the color of sunrise. “One final meal?” she joked, her voice a high chime of bells. Chara was one of the first girls Dev taught to shoot. She was six at the time and had been scaling fruit trees with the women since she could walk, listening to them spin stories of magic.

The Crescites believed when the fruit was picked and eaten at the right time, it held power. Dev had never witnessed it but she still heard about comet kiwis that granted night vision within its ghostly flesh, or vespy oranges that sharpened senses with its bitter peel.

“Maybe you’ll turn into a cobra,” Chara said. “To strike down the Tiari.”

Stories, that’s all they were. Her rifle had power. Gunpowder, fire, and metal working under human hand to achieve one purpose. Kill. Slamming the next round into the chamber and running the bolt hard, the butt of the rifle bucking against her shoulder with every shot, egging her on.

Dev still wanted to believe that wild magic grew beneath her. She said the prayer with ease, one uttered a thousand times before. “May the Mother bless us.”

“So we may use her gifts.” The women echoed while she ate a fragrant piece of mango, savoring the sweet flavor of floral and pine.

She passed the mango to Chara, her calloused hands almost identical to Dev’s, down to the mutilated finger. Loss had tied Dev and her crew together. When the Tiari captured all the men in the village to force them to work in mines across the turquoise sea, they hacked off the pointer finger of everyone remaining. A tactic to smother resistance. The Tiari wanted loyal harvesters and beautiful women to warm their beds, not warriors.

She should have fought back but fear paralyzed her, turned her into what the Tiari wanted. Dev had hoped her obedience would be rewarded, that they would tire of her village.They didn’t. On their last visit, the Tiari burned half the fruit trees with scorch blades and demanded the Crescites watch.

The Tiari were never going to stop. So, the women clung to their hate and adjusted their stance. They relearned to shoot using their middle finger to unleash their fury instead.

The women’s murmured prayers, barely louder than the rustling leaves, stopped. Seventy yards out, blades of towering elephant grass swayed and swished like a pounding pulse. Dev raised her rifle, following the movement, breath escaping her.

Tiari men emerged, swatting at clouds of black gnats, their linen clothes dingy with sweat and dirt. One, five… fifteen men deep made their way, the line a winding snake.

“We’re back,” one called, voice tight. Dev had sent scouts, not greeters to the shore this year. She wanted the Tiari to be uneasy, to wonder if the Crescites had a different kind of welcome in mind.

The jungle broke open and bullets rained, wood splintering. The metallic stench of gunpowder and flame tainted the air. Birds scattered in darts of color, Tiari bodies collapsing, sprawled and broken while others fled for cover. Dev racked her rifle, desperate to pick another one off. But the grass no longer moved, its blades trampled and bloody.

Nearby a high-pitched whine turned to a scream.

“Get down!” Dev cried out, her voice half-swallowed by gunfire.

Bright light erupted and obliterated the banyan tree. Shrapnel shredded Dev’s flesh, the blast throwing her to the ground. Ears ringing, she tried to stand and stumbled, her foot a mangled mess. She pulled herself towards the wails of the injured, thoughts scrambling.

Had she made a mistake by fighting? Perhaps they should have stayed quiet like a sweet fruit ripening in the sun.

Then she saw Chara, glassy-eyed and still. Gone.

A hot pit stirred in her gut. It opened and spread through her veins, twisting in her blood. A sob bubbled in her throat and a single thought lanced through her: they did this.

Dev’s cry turned to a growl, her jaw widening to accommodate dagger-sharp teeth. Bones shifted and elongated, hips bending into haunches. Her skin sprouted a million strands of striped fur, deep orange and black. Her large cat eyes searched for the men, tail flicking. The hunt had begun.

She roared and the other women joined in, a rumbling thunder.

They would fight the Tiari with tooth and claw, wildly, with the magic they had earned.

Shelby Dollar lives in Kansas City, Missouri. Her fiction can be found in Magnificent Cowlick Media and Ghost Orchid Press. When she isn’t writing, she travels with her husband and hangs out with Wally, their rescue dog. Follow her on twitter @SCDwriter or visit her website at shelbydollar.wordpress.com.

Fruit and Claw by Shelby Dollar is the winner of the Apparition Literary Magazine July Flash Fiction Challenge, which was based on the historical badass for July: Uda Devi 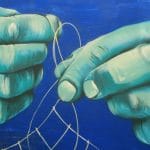 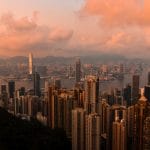 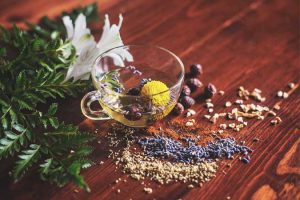 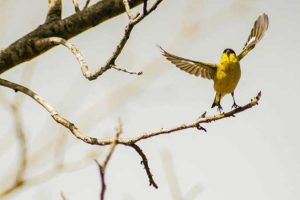 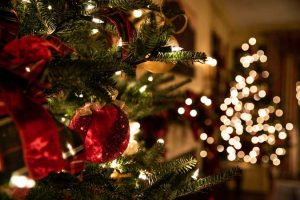 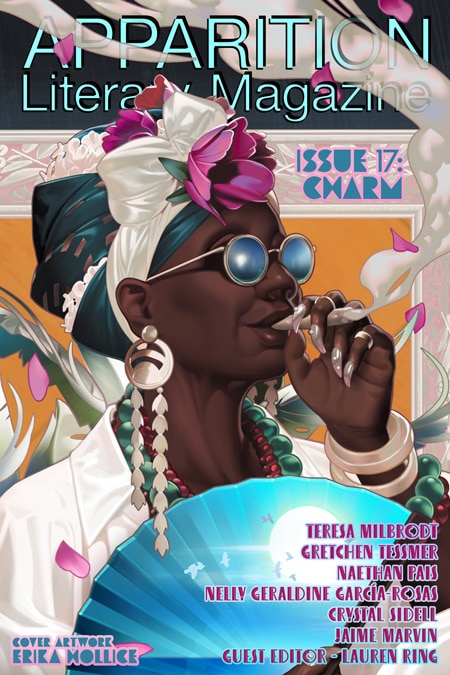