she was fifteen when she drowned in brine

(reeled in by the siren-song of a tomorrow beyond reach)

at twenty-two, he fell hard and fast

(into the hunt for a scorched-earth utopia)

(they say nothing can compare to the glory of summer snow)

by fifty, I will be a starveling ghost

thirty years ago my father’s own haunting began

(in a red square a world away, filled with rose-raw youths he will never grow old with)

at the age he was then, I stood on a roof-brink to watch lachrymator fumes flood our streets

for a year, we tallied each day on the pavement with yellow chalk

(those sunflower and umbrella days, when rain was not yet a killing storm)

we wore our first masks as schoolchildren in hell-white wards

(in the five seconds between a flag and a flag, a song and a song)

(with the impermanence of lovers beneath a cut of neonlight)

and my skin cracks with the weight of a hazy dawn

(neither of my bloods dare speak their own names)

but the time has long passed

Ewen Ma is a speculative fiction writer-poet and theatre deviser made in Hong Kong. Ewen’s work can be found or is forthcoming in Uncanny, Fusion Fragment, Anathema, Liminality, and Voice & Verse. They’re also a 2018 graduate of the Clarion West Writer’s Workshop, and was shortlisted for the Gollancz & Rivers of London BAME SFF Award in 2020. Ewen lives in London, where they research visual cultures and occasionally dabble in filmmaking. Catch Ewen online at http://ewenma.com or @awenigma.

Photo by Paolo Syiaco on Unsplash

This poem began as a response to certain events that had unfolded over the past two years in my home city, but became an exploration of how the bleak present has always been set in stone by a preordained future (the year 2047) and a myriad of unchangeable events in the past (such as the Tiananmen Square massacre, which for years to come would play a major role in shaping the socio-political consciousness of Hong Kong, and the SARS epidemic in 2003, which saw the city’s first traumatic experience with an epidemic outbreak that killed hundreds).

One thing I was attempting to do in this poem was weave threads from different points in time into a narrative of the present. Time is rarely a straight line, especially in a city like Hong Kong with such a fraught relationship with time– to use a well-worn cliché, we’ve always lived on borrowed time in a borrowed place, but paradoxically we also learn to love the city through our fear of losing it, because the present is all we have left.

Apparition Lit was actually this poem’s first submission outing! I wrote the first draft in late 2019 and put it aside for a year or so, and had nearly forgotten about it until I saw Apparition Lit’s call for submissions on the theme of “Contamination” for the July issue earlier this year. It took a while to work up the nerve to submit the poem after doing minimal edits on it— but in the end, I’m so glad I did.

A recent favourite is Detention, a Taiwanese horror game by the excellent indie game developer Red Candle Games. It’s an unsettling but bittersweet ghost story wrapped in the trappings of a survival horror set in 1960s Taiwan (when the country was still under martial law during the White Terror era). I also highly recommend the 2019 film adaptation of the game for how it weaves psychological horror, social commentary, and a faint trace of hope in a way that reminds me of  Del Toro’s Pan’s Labyrinth. Check it out if you’re a fan of historical horror! 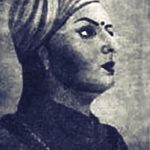 She Dreams in Bronze 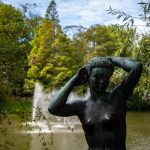