Scientists have created synthetic dimensions to better understand the universe. They’ve split light to use its different frequency modes as spatial coordinates simulating 1D physics, then stacked light on top of light to create more dimensions, and somehow we’ve wound up lost in this new state space because not even scientists can get the parameters right, accidentally overshooting dimension measurements until they resembled ours exactly. The 4D things escape closed rooms by moving at ninety-degree angles to the 3D things, and we watch each other clip and glitch into walls like video game characters, emerging from one locked room to another. I’m already sick of it: the 4D reaching into me like I’m made of air. Some of us are gunning for 4D like it’s as easy as corporate promotion, although I prefer to snack on shrimp crackers.

“You can’t just boost the number of dimensions you inhabit, you’ve probably got to be born that way,” I tell Weishi, who has taken it upon himself to ensure everyone stays safe while trying to level up to 4D.

They’ve been doing the craziest things: extracting skin cells in the hope they will reformulate into higher level limbs, slamming into walls in different contortions trying to get their atoms to align perfectly and slip through the wall. Weishi rushes over when a stranger slams their head too hard, blood rushing down their forehead. I watch him press a tissue to their forehead, ask if they’re okay, pull out another wad of tissues to soak up the blood. Weishi says he doesn’t believe in ascending dimensions, yet he continues to assist them in their attempts. His heart bleeds too easily. I have to pull him away from another person convinced jumping off the building will let their body exceed the speed of light and cross some boundary of logic that transcends gravity. This is the third person Weishi has tried to save. He hugs them by the waist, begs them not to go, reasons the fourth dimension exists beyond our visible plane and jumping won’t help anyone. I grasp Weishi’s wrist, toss him a sweet pork sung bun to nurse his sorrow, lean my forehead against his.

“There’s no point in dying with them,” I say, shifting my grip to his shoulders so he won’t suddenly tear out of my hold to catch the person from falling. Weishi starts to cry, and I falter. I don’t know how to deal with crying even though Weishi has always been the baby between us: cries when I joke about dumping out his golden venture folding projects, when he forgets his favorite spork and has to use flimsy plastic utensils, when I spill blood over his sneakers after cutting my arm while trying to drag him away from another Dimension-Jumper.

We used to make shrimp chips: me dropping the chips into oil, Weishi plucking them out with chopsticks as soon as they bloomed, and his eyes would burn from the chilis and peppercorns I’d fry along with the chips for an additional tongue-searing kick. I have a scar from oil splattering on my face; it might’ve been bigger if I had my way but Weishi cried for so long I caved and visited a doctor.

When I start turning transparent, Weishi panics. He thinks 4D entities can erase 3D entities as easily as we can erase still-life sketches.

“It doesn’t feel like I’m disappearing. Maybe I’ll even make it to the 4D plane before you,” I reassure him, watching his face turn pink, his eyes water and glisten like rehydrated jujubes. This gets a chuckle out of him. Weishi knows I think dimension-hopping is a hoax, like no one has heard of state spaces before, and vanishing into the ether? A riot.

Lucy Zhang writes, codes and watches anime. Her work has appeared in American Literary Review, The Rupture, The Offing and elsewhere. Her chapbook HOLLOWED is forthcoming from Thirty West Publishing, and her micro-chapbook ABSORPTION is forthcoming from Harbor Review in 2022. Find her at https://kowaretasekai.wordpress.com/ or on Twitter @Dango_Ramen.

I lack a sense of direction on some spatial coordinates is the winner of the Apparition Literary Magazine February Flash Fiction Challenge, which was based on the Photographer/Image prompt for February: Germaine Krull 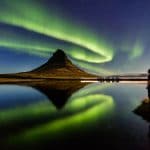 What does "Wanderlust" mean to Apparition Lit? 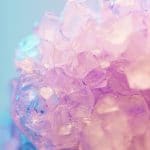