It wasn’t his fault. Not his, nor his father’s,

but no one asked the feathers

torn by root and broken calamus,

lifted from their soft repose,

if they would take part in the scheme of man

and monster. Woven and waxed

in their nest of branches, bent into parody

of prior form, reminiscent enough

to stir some lingering trace

of lives once lived. Enough

to rouse them from crafted quiescence

to rustle with whispers,

as they once shared sky, and say—

When he takes his leave of earth

bearing the shape of miracles on his back,

these captured pinions steal his senses,

rob his tongue of the promise

he made his father and fill him instead

with songs of air and grace,

a lofty seduction even as they yearn—

yearn for their own freedom,

living again with this taste of air

as he bears them higher and higher

and higher. Their murmurations spill

over wood and thread, inviting them all

to wake – and in the space

of that single moment—

And the wood remembers, says:

anchored in the skin of the world.

And the string remembers, says:

beneath an endless sky.

And the feathers of his wings say:

we can be birds again, we can remember

what it is to be holy,

to be whole and flighted, to be free to carry

our own weight, unburdened

by mistakes made by other hands.

And he whose life cannot be given back

to his father, they instead bear gently

with all the tenderness of broken things,

as they descend to water and salt,

to the start of all beginnings,

to the waiting cradle of the sea.

Jessica is a Rhysling Award winning author of speculative poetry and short fiction. Born in Korea, they currently live in New England where they balance their aversion to cold with the inability to live anywhere without snow. Previous works have appeared in Fantasy Magazine, Fireside Fiction, khōréō, Daily Science Fiction and elsewhere. You can find them online at semiwellversed.wordpress.com or on Twitter @wordsbycho 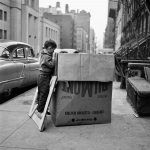 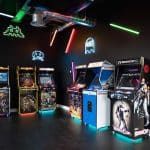