Mourning sang through the stars, an echo. She was mourning now, and she watched, watched as they took away everything that she was. Her heart, her soul.

The implant throbbed softly in her wrist. Lo was still alive, for now, and she should rescue her…

She had to rescue her, because if she didn’t…

…No. She would not go back to who she was before. She would not be a compliant woman, what she had been before she found love.
Gritting her teeth, Dalla turned the ship, turned it towards the signal that went ka-thump, her lover’s heartbeat in her own flesh, that record of life and, thus, of hope.

Turned it and then flew slowly, oh so slowly. Just creeping forward, creeping towards the ship they had her on.

She couldn’t save her. She could likely join her in captivity.

But she would not do what Lo had asked. Go.

Find somebody else to love.

That was what Lo wanted, but, in that moment, Dalla couldn’t do it. Couldn’t leave.
Ka-thump.

Couldn’t leave and take with her what they had.hen she remembered what they had, what she had in this ship and everything slowed down and she froze in place, her blood ice cold, and no…

She had to leave.

She had to stay.

There was not time enough.

She could not leave her while that ka-thump continued.

It was their freedom to live and love as they choose, not the regimented schools and the fixed relationships.

The Empire did not have room in it for love, but she turned, weeping.

Weeping, she strapped herself more firmly into the pilot’s chair and moved away, quiet, quiet as a mouse.

She had to sneak away, wrap her skirts around herself and be, somewhere, a woman, quiet on some distant world.

Some world where Lo would find her if she lived, would follow the thin signal that linked their hearts together.

And clear, and through the barrier of light and now there would be a delay, they would drift out of sync, but Lo would still find her. Lo would live.
She would live.

And, on the world the Empire had yet to find, their children would live. Not the children of their bodies, but the genetic material that was so precious, what they had chosen to save.

The genetic material the Empire did not want, that did not fit its goals.

One day the ka-thump in her wrist stopped.

But she was the mother to a world.

Born in Nottingham, England, Jennifer R. Povey now lives in Northern Virginia, where she writes everything from heroic fantasy to stories for Analog. She has written a number of novels across multiple sub genres. Additionally, she is a writer, editor, and designer of tabletop RPG supplements for a number of companies. Her interests include horseback riding, Doctor Who and attempting to out-weird her various friends and professional colleagues.

Ka-tump by Jennifer R. Povey is the winner of the Apparition Literary Magazine August Flash Fiction Challenge, which was based on the historical badass for August: Lozen. 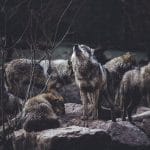 A blog in celebration of a benchmark... 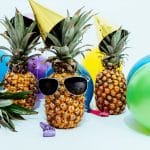 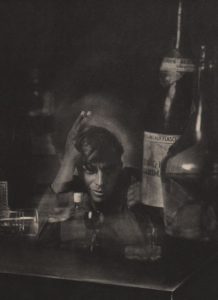