I want to stand on my own two feet, I told her.

I have no recollection of what came next.

Useless pink and orange post-its that lost their stick,

Dusty confetti for the recycle bin.

He wants to know did I take the paper on his desk,

the scrap that we always use to draw on.

Suddenly, I’m forced to dig up every scrap and piece it back together,

even the dirty post-its, as part of the page.

I try to reason with him, say he has to wait

until I put it together to get his answer.

He nods for one second, then thunders back the next.

I crouch on the other side of the counter, holding the sides of my head.

A migraine is stirring and his words are brewing it, I’m

I want to deflect possessive power, I tell her.

I have no recollection of what happens next.

I am at the mall, in a luxurious movie theater when it happens.

A young woman is touched. She says no. But the young man does not let go.

I cross over and I tell him if he touches another—

his intestines are spilling out from his body,

but no one else will see, and no one will ever believe in his pain.

But they’re not afraid of me, only curious as journalists with bright eyes

and ribbons their mothers chose.

“You wouldn’t dare do that to us, though,” they say cheerily, fearless, curiously assured.

I emphasize the word, enjoying my returned voice. The young man shrinks away.

I want them to be punished, I tell her.

I have no recollection of what happened next.

I find pictures of the deep sea, the multitude of darkness reaching

The recesses of the mind, the sickening craving to be captive.

Before this well-to-do human life on my own two feet.

I find the deal I have been given to be this powerful, and embraced

The sea witch unfurling these abilities before me.

I will give you not three days, she says, but three spells within that human body

Two times, use the magic for whatever you see fit, to reconnect to

the mystique of the world from which you came.

But the third time you cast a spell

You will have signed an agreement, sealed the deal,

Be drawn back to the darkest depths of the sea

Drown until you shift back into a mermaid body

And then, sweet apprenticed sea witch,

You will belong to me.

And was it evil of me to save myself, or save another? Is evil done so easily?

Between the darkness and light of my ability

I tread softly but cannot help but be heard

My soles creaking weight on the dusty floor.

One more deed, one more violent spell I might cast out, and I want it to be good

No, I want to save it for when I would value death.

One lasting instance of anger or storm brewed from another until I punch.

One last hit of cold longing and reality

One more disturbing dive I could embody

One more spell and it’s sealed for me—

One more spell until eternity.

Waiting in the recesses is the possibility

the chance, breathing so close, of a satisfying

Ellen Huang is a fairy tale writer & skit director with a BA in Writing along with a Theatre minor from Point Loma Nazarene University. She has been the Managing Editor for Whale Road Review. She has pieces published/forthcoming in Bleached Butterfly, Tiny Spoon, Diverging Magazine, TL;DR Press, Enchanted Conversation, Madness Muse, Gingerbread House, South Broadway Ghost Society, Three Drops from a Cauldron, Wax Poetry & Art Magazine, Sirens Call, HerStry, Awkward Mermaid, As I Am, Writers Ink, Between the Lines, Our Daily Rice, Ink & Nebula, Rigorous Magazine, Whispers, Quail Bell Magazine, The Folks, The Driftwood, The Gallery, and Perfume River Poetry Review. For fun, she reenacts Disney scenes, swims in the ocean, practices pyrography, and wears a cape. Follow if you wanna: worrydollsandfloatinglights.wordpress.com

Photo by Nsey Benajah on Unsplash

Ellen Huang
Author of “Sea Witch from the Deep”

1) What inspired you to write this story/poem?

Based on a dream I had, “Sea Witch from the Deep” seems to be a twist on the tale of The Little Mermaid. It tells of a woman who has been granted the power to enact three horrible, justified vengeances in her life, with the catch that the third act of vengeance would turn her into something else.

2) What do you hope readers take from this story/poem?

I hope readers feel a little chill in this exploration of retribution. It’s not so much that she becomes evil in reacting to situations around her. Self-defense, and saving another, does not make her “just as bad.” But even still she knows she has to pick her fights with the time and humanity she has left. We all have a surprising amount of power in us, but as humans living with humans, we often have to check ourselves.

3) To give other writers hope, would you mind sharing with us how many edits and/or submissions this story/poem has been through?

Hard to say how many edits, as this was based on a dream and it started off as such a surreal ramble! But this is actually the first time I’ve submitted it!

4) Recommend us something! This could be a book, a short story, a video game, a project you’ve heard about, something you’re working on, etc. Anything that has you excited and that you want people to know about.

One of my favorite graphic novels is Anya’s Ghost by Vera Brosgol. Both creepy and actually kind of sweet, it’s a quick read that lingers and makes me return to it again and again. It explores immigrant identity and ghosts, as well as the blurred line between judgment and murder.

As for something I myself was part of creating, I’m excited to share I have a story in TL;DR Press’s Shades of Pride anthology. All the proceeds go to True Colors United to help fight homelessness for queer youth! 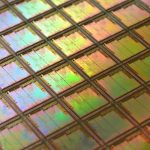 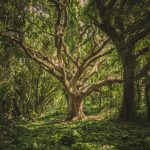