That’s what I saw when I blinked open the message in my Lenz. Kit was never one for subtlety. I rolled my eyes, deleting it, and pulled my attention back to the ice. AIs can write news, but it takes a human to craft a truly compelling sports piece. That’s the lie I tell myself every competition.

“They’re going to pull the plug.” This one came while I was slicing tomatoes for dinner. They knew how to get me. Your first love is like that. They see you when you’re young and growing, bathed in awkwardness and powdered with sincerity. I didn’t delete the message, letting it flicker in the corner of my vision. Sender: Kit. Just their name made me feel fifteen again.

I was an army brat when we met, so the changes in the rest of the world hit me differently. I was still a baby when we were banned from service. I was twelve when the army was called in to stop the protests. I was a teenager when I joined Krushd and set up my profile, checking the boxes that said trans, non-binary, and seeking same. I used a proxy, masked my activity, deleted everything.

My screen name was Lumi, which means snow. The base was so far north, it seemed right. Snow trapped me. Snow covered everything. Still, when I was sad, I would go up on top of one of the buildings and lie down. The small white flakes would dance and glow as they hit the lights from the base. Even the army couldn’t tell the snow how to fall.

Kit messaged me almost immediately. “I love your name! Is it short for something? Mine is short for Kitchen Gadget. Ha ha. Just kidding. Tell me a bit about yourself.”

I was cautious at first, vague-ing up the details. It didn’t last. When the family dog was dying, I messaged Kit a dozen times in one night. They always knew what to say.

“At least one of you will escape the cold.”

I repeated their words to Daniel the spaniel while I held him. “You’re getting out of the cold.”

I scratched deep into his rough, black fur and sang him songs about cruel summers and summer lovin’ as the vet gave him the injection.

After my two-week trial period on Krushd, I started paying for every message. They got longer, jamming as much as I could into each of them to lower costs. I told Kit everything, and they did the same, until the truth came out.

Then I spent thirty years forgetting them.

Then the kicker: “You can download me now for this one time price.”

I tried to ignore it, sipping a glass of red and editing my figure skating piece. My jaw clenched with each flash of the message.

“What’s on your mind?” Akilah waved a hand in front of my eyes, an annoying habit they had employed on our first date, years ago.

They sat across from me and locked eyes, another behaviour that flipped a coin between love and frustration. Today I felt love.

“One second.” I sighed and abandoned my story. I placed my hand on theirs, transferring a list of articles to their Lenz.

I Fell In Love With a Dating Site Dummy.

95% of Krushd Users are Krushing with Code.

As they flipped through each one, I wandered through embarrassment, anger and, finally sadness. Blood rushed to my face so the tears felt cool against my cheeks.

“Is this like Kit? That person from the internet? Your penpal?” They looked up, laughter quickly replaced by concern.

“They said they’re dying.” I wiped my nose on my sleeve, one of my habits that grosses Akilah out.

“Hold on.” They shared a search with me. “Yes, you see? Krushd servers are being wiped next week. The company is telling people to download their data.”

I looked at the snot streak on my sleeve.

“Do you think it’s another scam? For money?” They dropped down in front of me, putting a hand over the snot.

“I’m sorry.” What else could they say?

I pulled them close and cried, finding comfort in the smell of sandalwood and sweat, dish soap and lotion. When they pulled me to bed, I didn’t fight. I fell asleep in their arms and dreamed of Kit.

I struggled toward clarity, feeling the hangover of sadness and love. Slipping on their robe, I followed them to the back yard. A hundred solar candles lit the early dawn. Roses from our struggling bush had been snipped off and laid in a circle around a small hole.

“My dearly beloved.” They held my hand. “We are here to say goodbye to your Kit.” In their other hand was a memory chip.

They nodded, continuing the eulogy. “I never knew this Kit, but they were real to you. When you were looking for someone like you to love, Kit was there. Love can exist on only one side. Love can break every piece of your heart. Love can even be a lie. That doesn’t mean it isn’t love.”

Akilah pushed the chip into my hand and motioned toward the hole. I took the record of late night conversations, of teenage hope, of plans of escape, and buried it.

“Goodbye Kit.” I brushed the dirt over top and covered the mound with a rose.

H.E. Casson (they/them) is a Canadian library technician and writer. Their work has been published in Room, Cricket, Smart Moves, Fireweed and Grey Borders, among others. They believe in kindness, in fine prose, and that the pigeon is nature’s greatest single accomplishment.

Photo by Laura Ockel on Unsplash 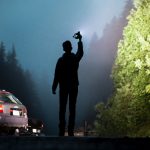 His Heart is the Haunted House

Sea Witch from the Deep 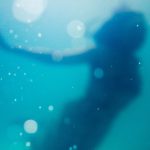