Olivia came down late for breakfast. The table had been set more lavishly than she cared for: a steaming samovar, plates of cakes and fruits, all delicately sliced, and a kaleidoscopic bouquet of flowers. Alicia had arrived much earlier, of course, and eyed her with the admonishment of an older sister. In the distance, a clock chimed and echoed through the shadowy, tooled-leather walls of the house.

“Another late night?” she said.

“You know I can’t sleep.” Olivia sighed, slipping into the chair. “Or drink this swill.”

“It smells like the house,” Olivia said, taking a sip. “How much longer?”

“Propriety, Olivia. We’re greatly in their debt. What they’ve done with the house alone. Father never had the money for upkeep.”

“I’ve always hated this house,” she said, unfolding her napkin. “When we moved away, I thought we could put it behind us. But it seems we always come back. So many invitations.”

“With privilege comes responsibility, my little Ollie.” She grinned.

“I’m not Ollie,” she corrected.

“Something else you’ve outgrown? First this house, now your name? Your family, too, I imagine.”

“Of course not,” she muttered, taking a sip.

A side door opened and their host appeared, a servant by his side. Still in his dressing gown, hair disheveled, a look of confusion—and trepidation—in his stare.

He paused before his chair and didn’t answer. Then, with a sort of half-grin he slid out the chair and plopped down. The servant drew the napkin around his neck and asked if he wanted tea or coffee. Aloysius rasped “coffee” and stared at his guests. Alicia studiously ignored him, but Olivia seemed interested, if reluctant to start conversation.

Aloysius only had eyes for his coffee. When it was set down before him, he bolted the entire cup and signaled for a second. The servant raised his eyebrows but complied with his request. The ticking of a clock gradually filled the room.

“My sister wants to know if you would be interested in driving to the Grants’ this evening,” Alicia announced. “We’ve been invited and they’re always up for a party. Olivia likes dancing.”

Aloysius stared at the cup in dismay. The servant, without batting an eye, took a napkin and dabbed away the spill, righting the cup in its saucer.

“And where is home, Olivia?”

“Do you enjoy this, Alicia? Or are you doing it for his sake?”

“Whatever you might think of me, I take no enjoyment in fulfilling our duties—or in keeping you respectable,” she said, locking eyes. “We promised Papa we’d keep up appearances. But I knew you wouldn’t help me. You never understood what it takes.”

“I’m tired, Alicia,” Olivia groaned, a slight sob in her throat. “We’re always traveling, always moving, never sitting still. And all I want to do is sleep. Isn’t it time to go home?”

“Why is it always so cold? Don’t they keep a fire going? I say, Aloysius, can’t you light a proper fire? Or are you as cold blooded as all the rest?”

He looked past her, accepting his second cup of coffee (bolted like the first). After that he sniffed and asked for a pipe. His servant bowed and left the room to retrieve it.

“Don’t ignore me!” she cried, pounding on the table.

Aloysius’ eyes bugged out and his mouth hung open. However, he soon recovered, and cleared his throat. Lowered himself in the chair.

“Olivia! Not in the house. We weren’t brought up like that.”

“Aren’t you tired, Alicia?” she said, leaning over the table. “I know you don’t sleep. I watched you last night, pacing the house, haunting the windows. Like you were trapped. I know what that feels like.”

“Don’t be absurd. This is our home. We can go wherever we like.”

“Except the Great Room.”

“And now the Oak Sitting Room.”

“Never liked that room to begin with. Hateful memories,” Alicia said, her voice shrill. “So what’s your point?”

“That we don’t belong here anymore, if we ever did. They don’t want us here. Look at him—did he invite us here? We were expected?”

“Yes, of course,” she stammered; then, dropping her napkin, admitted, “I don’t know. I lost the invitation.”

“No one invited us, Alicia! No one remembers. No one cares. We’re not welcome here!”

“It’s still our house!” she shouted.

She hurled the cup at her head. It missed—narrowly—and shattered against the wall. Aloysius leapt up and backed away from the table. A servant rushed inside, alert, but not alarmed.

“It’s nothing, Hunt, just…one of the cups,” he said, weakly.

Aloysius dropped his napkin—crumpled into a ball from his clenched fists—and quickly departed the room. Alicia watched him go with a snort of derision.

“To think he sleeps in Papa’s bed.”

“No, but it will be. Just a little patience, Ollie. I’ll set things to rights. I always do.”

Joshua Grasso is a professor of English at East Central University in Oklahoma, where he teaches classes in the old and forgotten literature he loves to evoke in his writings. Besides numerous articles on eighteenth-century literature and British F/SF, he also has published three indie novels and a handful of stories, most recently on Manawaker Studio’s Flash Fiction Podcast.

Photo by eberhard grossgasteiger on Unsplash 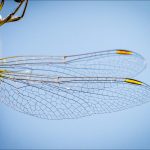 APPARITION LIT HAS A PATREON! 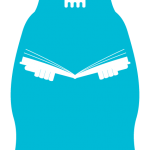