When first they took her ink, she pricked her finger,

let the blood of her mother, her mother’s mother,

stain the page with tellings, as salt-sharp

as the sea that bore them here before her birth.

She wrote dead gods back to being,

sharpened the claws of ancient monsters,

gave them shape in rust-dark letters

When next they took her paper, she unwrapped her voice,

dripped honey into open mouths, taught others how to sing.

She whispered her own stories to the cadence of tides,

well worn by the ebb and the swell,

polished smooth by the grace of her lips.

Her words became the water, the rolling waves

to carry their songs to shores

that they would never see.

When at last they took her tongue, she etched each letter

into the tips of her fingers, across her ribs,

in the hollow places behind her eyes.

She carved epics between the layers of her skin,

stitched verses into each sinew.

And with her bones she kept a count of petty men

When they came to take the rest of her,

they found nothing left for their hands to grasp,

no hold for their rope, no flesh for their knives.

Only pages filled with teeth and eyes and salt,

only songs deep enough to drown in.

Only her beating heart, a book so dense,

they could no longer tell where she ended

and her story began.

Jessica J. Horowitz is a Korean-American writer and poet living in New England, and is probably cold right now. Previous works have appeared in Twisted Moon, Star*Line, Grievous Angel and others. They occasionally have feelings and opinions, which can be found on Twitter @transientj

What inspired you to write this poem? What do you hope readers take from this poem?

Censorship as a form of erasure. Colonisation. Cultural homogenisation. Fascism. The news. All of these things were looking over my shoulder when I wrote this piece, even if they don’t all come through in the text. When people in power–social, political and otherwise–want to silence marginalised voices, just the willingness to speak becomes an act of resistance, sometimes our only one. I wanted to hold onto that, to highlight the courage and persistence it takes to preserve our stories, our cultures and identities, despite efforts to erase them. Because if someone’s working that hard to keep something quiet and unheard, then maybe that’s exactly the kind of story that needs to be told.

“Taking, Keeping” was actually written specifically for this submission call and I was fortunate enough to see it accepted. I put a great deal of that down to having the theme of this poem in mind for a long time prior, allowing me to mentally run through a number of different iterations before I ever started the physical act of writing. The Apparition call was just the right nudge I needed to pin everything down on paper. Even then, once I started writing, it took on about three or four different forms before it finally fell into the finished product as it appears (I tend to edit as I go, so once the last line was written, that was pretty much it).

Recommend something! This could be a book, a short story, a video game, a project you’ve heard about, something you’re working on, etc.  Anything that has you excited and that you want people to know about.

I’m usually really terrible at this, as I tend to be stuck a few years behind on just about everything, but here’s a go at it. Standouts for this year include Sword & Sonnet, an anthology of battle poets edited by Aidan Doyle, Rachael K. Jones and E. Catherine Tobler. It’s wildly diverse, despite the specific nature of the theme and features stories that run the gamut of hopeful, powerful, brutal, devastating and all manners of beautiful.

I was also fortunate enough to receive an ARC of Marlon James’ Black Leopard, Red Wolf, the first book of an epic fantasy trilogy drawing on African mythology, releasing February 2019. I haven’t finished it yet, but so far it’s been a rich, sharp and deliciously chaotic read.

On the video game front, I would be totally remiss if I didn’t mention that Psychonauts 2 is also planned for release in 2019!! I’m looking forward to it with all the excitement and anticipation born from fourteen years of waiting for a sequel (while equally at risk of a proportional amount of disappointment, but I try not think about that). The original Psychonauts was one of the very first games I ever picked up on Steam and it’s still one of my favourites. 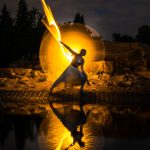 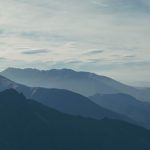