Somewhere in the small print of life, there must be an exclusion clause: if there is no hope, do not wake me up.

It is the reason people take their own lives, by the pill or knife or, in Silas’ case, he could throw himself from the top of the cryostasis shaft where 2,556 passengers slept in his care. It was the only place on the Kurahaupō generation ship where the artificial gravity would allow him to achieve terminal velocity.

“Terminal velocity.” It made him laugh every time.

Humanity automated manufacturers, farmers, even poets, but they could never quite get rid of janitors. The fixers. Someone had to keep the ship company in its years through the dark, keep her humming, ease her aches and pains. A mediocre sod like him wasn’t special, or rich enough, to lock in one of those cryo pods, but he was formidable with a wrench—so there he was.

The passengers were to be woken after fifty-one years, when the Kurahaupō reached Gliese 581c, more affectionately called New Eden, with all the utopian promises of a sky where children could see the sun, of soil that didn’t poison life, of hope in all its bastardised forms.

It had been sixty-two years since they left Earth.

Silas made caring for his 2,556 passengers his purpose. A noble duty. A task only he was entrusted with, that only he could do. Every bolt he tightened, every fuse he fixed, every time he abseiled to check each cryo pod was the most important thing anyone had ever done in the history of the universe. It took on a virtue, and it helped ward off the darkest thoughts he had never been prepared for in his loneliness. Even if the passengers never knew him, he came to imagine himself as their father figure, their guardian, and he laughed the day he turned sixty-one. He was finally older than every last one of them.

When the readings from Gliese 581c first came in, Silas ascended to his throne in the control deck. He lay his hand over the lever that would defrost the first wave of people. He had practised the procedure a thousand times, and was repeating the steps to himself, afraid he might suddenly forget one in his apotheosis.

For all the times he imagined this moment, it never looked like this.

The climatological readings were wrong.

They had to be.

But no matter how many times he checked they always came back the same. New Eden was a toxic wasteland they could never hope to terraform. A tortured barren altar upon which all their visions of the stars had come to die.

He could not pull the lever.

Silas had read all their files. A little girl in pod one-thirty-eight-B, Sunti Nakpradith, hoped to grow a garden of amaranth and bean sprouts, but Silas couldn’t give her that. Ágata Belluci, pod six-forty-A, hoped to raise a family in the open air, not underground. She didn’t know she was pregnant when she boarded. He couldn’t give her that either.

What was he to do? Wake them, and let his 2,556 children starve as their limited resources dwindled? Letting them sleep forever was kinder than that.

He relinquished the lever and sunk to the floor before the window. The fire that fuelled him for years burned down to nothing , leaving behind only thoughts of hitting terminal velocity down the cryo shaft.

An alert at his wrist told him pod one-thirty-eight-B had malfunctioned, and Silas raced down to find Sunti Nakpradith awake, conscious, and puzzled. The halt procedure must have accidentally triggered her pod.

‘Are we there yet?’ she asked.

Silas never thought he could feel a smile till that moment. A strange thing more tangible than anything he had seen in years, a crinkle in his reality of straight corridors and curved pipes. A smile that belonged under a new sun, smelling amaranth and plucking bean sprouts from soil just after rain.

He shook his head, then remembered he used to speak with words.

Silas returned to the control deck, and he could still see Sunti’s face in the contours of the planet’s surface. It drew another smile out of him. If there was an exclusion clause in the small print of life, he decided it had not come to pass.

He set the Kurahaupō course for a new exoplanet. One he knew he would never see, but Sunti might.

Age had eaten away at Silas. His finesse, limbs, even his memory was fading—how did he fix this fuse last time? Where did he leave his wrench? The ship might not survive another century voyage, but he could hope. One day, someone would find them, wake them under the light of a new star where he couldn’t.

Before long, the stars took him.

His last thoughts were of Sunti pressing a beansprout seed into soft dirt,

her fingers brushing through

and her smile bright

Tim Hickson spends his days tucked away in the little corner of the world some would call New Zealand, where he enjoys writing about existentialism and mental health, the concept of the self, and the souls of androids. His work has appeared in Orion’s Belt Magazine, Utopia Science Fiction Magazine, and Vræyda Literary Journal. He has published two volumes in his On Writing and Worldbuilding series, and is sometimes better known as ‘Hello Future Me‘ on YouTube. You can follow him there or at @TimHickson1 on Twitter.

The Exclusion Clause in the Small Print of Life is the winner of the Apparition Literary Magazine June Flash Fiction Challenge, which was based on the Photographer/Image prompt for June by Yva 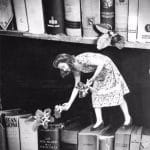 These are dark times. Enjoy some music! 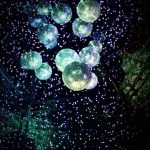