The people who speak of him, either in story or whisper, call him Jaeger. The Hunter. His true name lies buried in a sunken coast, washed from the lips of she who last spoke it. The one that raised him, lost to the storm rains on his fifteenth year. He never speaks her name, nor his own. He does not ask the names of others.

He wandered many years, from one ocean to another and halfway back again. A gnarled tree trunk of a man, older and stronger than he seems. Words of violent deeds presage his coming and linger in his passing. In wolfskin hide and leather greaves, some mistake him for the very beasts he hunts. Seeing his scarred face and eyes as blue as a deserted sky, their fear is not diminished.

He came upon his trade in a manner most men come upon their deaths. Cold and starving, huddled among the other dregs in a town long since abandoned. He heard the howls but did not know the danger. Others scattered but he stood, breath like smoke trails in the night, and held large stones in his fists. He wrestled with the first to emerge, kicking, biting, smashing the gibbering snout into the earth. He killed two, maimed another, and the beasts saw that he was no prey and fled over the broken bodies of their kin. The villagers fed and clothed him. Among them for a time, they had little to defend and less to give. He moved on.

One feverish morning, the day’s heat rising out of pace with the sun, Jaeger spies a hamlet rising in silhouette. Buildings of thatch, wood, and stone, standing like viral cells malignant amongst the trees. A child waits at the threshold. She wears rags the color of blood and dust, a stillborn scarecrow rooted in the dirt. A short-handled pick held two-handed, thrust forward in challenge.

“Hold,” he calls, not halting.

The wind carries off her answer. On approach, she is older than at first look. Almost a woman. The bare feet brace, shoulders set high. Then she sees the stranger’s height, his weight, the heavy ax and rifle he carries. So recognizing his profession, her weapon lowers and she tells him a tale he has heard before.

The girl retrieves her scant belongings from the hole in which she hid, follows as he scavenges the homes of her neighbors. The dead stare bloodless and in pieces about the roads and doorways. In the town square, a host of bodies form a circle with a lone beast slain in its center, like some fetishistic idol to which the other corpses lay supplicant. He steps over and around them. At the largest house he finds an oak chest, inside a cache of wine and dried tobacco.

“You have not earned that yet,” she tells him. His blue eyes fix on her, but she does not flinch. He nods and closes the chest.

They follow the tracks across the field into the deep trees. Jaeger fashions snares from rope, setting down rings of jagged iron that resemble the beasts’ own jaws. Beds of detritus over and beneath them, rifle leveled to the distance. Sounds blast from his throat that no man should make.

The beasts shamble on limbs long and strange under the dappled forest shroud. Some resemble apes, others bears. Paranoid symmetry, teeth mismatched and unsuitable for the mouths that house them, hair in places hair need not be.

“For all of us, we managed to kill only one,” the girl says when the killing is through.

When he leaves westward she follows and he does not stop her. They walk the road until the road ends, then climb the hills beyond. He lays traps and trusts her with the triggers. She gathers mushrooms beneath the tree trunks. When the air turns sharp they catch and skin a wolf, crafting her a coat to match his own.

In an untouched village they hear of attacks in the southern valley, but when they barter at the settlement Jaeger’s words are slurred and she speaks for them. They track the beasts. He throws down his rifle and chases in frenzy, hacking wild. For the first time more fall to her hand than his. When they return the settlers see his eyes aflame like coals in a furnace, and say they will not pay. The hunters are run out into the night.

Four weeks in the wilderness. At each camp she treats his wounds and sees clumps of ashen fur growing beneath the scabs. Between bouts of fever Jaeger speaks of the greater monsters he has killed. She promises to remember the names he gives.

“How long?” she asks him as the fireflies light a vigil about their shadowed faces.

“Tell me your name,” he adds after a time, but she looks away and closes her eyes. He leaves before she wakes.

His feet are swift between the pines. Head low to the sweet earth, blood soaks his jaws. He feels neither heat nor cold, all sense slave to the singular command which is hunger. That command drives toward the scent of man-flesh, the prey standing silent in a clearing. He jumps. Ropes snake beneath the needles underfoot and coil about his limbs. He goes down and cannot move but for his neck whipsawing wild.

The hunter stands over him, steel raised. Hatred in her eyes falters before recognition. “Naya” she says, remembering his final wish.

One forbidden word calls through the clouds of a forgotten storm. A boy unmarred by tooth or claw gathers shells in the bleached sand. He speaks the boy’s name before the ax falls, but all Naya hears is the howl of a beast.

Dmitri Christopher is a writer of science fiction, fantasy, and creative nonfiction. His favorite authors include Philip K. Dick, Patricia A. Mckillip, and Gene Wolfe. He lives with his wife and daughter in Maplewood, NJ.

Photo by JR Korpa on Unsplash 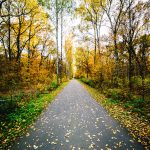 It's Not a Big Thing 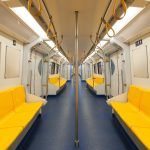